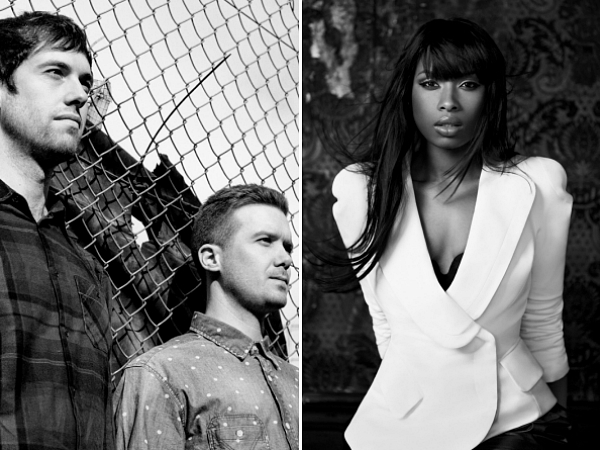 2015 saw acts from all across the music spectrum briefly abandon their solo sound to contribute to the quickly rising dance music movement in America and around the world. Even though artists like Ellie Goulding frequent the EDM circuit by providing vocals and musical accompaniment to producers’ work, it’s not often that we see acts with the esteem of Jennifer Hudson or Olivia Newton-John taking a direct stab at the budding genre. Today, Forbes discovered seven such artists, all who made it to #1 on the dance music charts sometime in 2015. From disco legends to Spanish pop stars, the list contains some of the most unexpected collaborations we’ve seen.

Usually one to release R&B swayers or pop-influenced hip hop, Jennifer Hudson managed to hit #1 with her Gorgon City collaboration, titled “Up All Night.” Featuring Hudson’s unmatchable singing range and the euphoric, deep house style of Gorgon City, the track was destined to be an instant classic ever since it’s inception. Although the song was released in November of 2014, it didn’t chart until the following year.

As one of the grandfathers of disco, Nile Rodgers has arguably been churning out “dance” tracks ever since he began with Chic. “I’ll Be There” is a jazz-infused, soulful throwback song that easily appeals to music-lovers from several of the last generations. With its catchy stings of horn and relenting bass line, it’s no wonder this song was able to reach number 1.

Despite my own opinion of global icon Pitbull, his 2015 collaboration with singer Ricky Martin is a perfect, driving-with-the-radio head bobber. “Mr. Put It Down” was one of the few English tracks released by Martin last year, following his all-Spanish language album.

Ever since his two top-20 hits back in 2004, Ryan Cabrera has laid relatively low in the public’s eye. It wasn’t until 2015 that he regained his spot at the top of the dance music charts with his single “House On Fire.” With an indie-pop feel and a catchier chorus than most others on this list, it seems his placing for this song was well deserved.

Nathan Sykes began his career as a member of the 5-man group The Wanted, a UK competitor of the popular One Direction. After leaving the group and starting on his own, he began to find a new voice himself in the form of an R&B turned pop solo act. His single “Kiss Me Quick” topped the charts in August of last year.

As have many acts from other genres, country group Lady Antebellum took a short hiatus from their own sound in 2015 to collaborate with one of EDM’s most supported acts, Audien. Their collaborative track “Something Better” contains the group’s swinging vocals with Audien’s flawless, progressive production. The result is a chart-topping track that characterized the final few months of last year.

Perhaps the most unexpected collaboration on the list comes from Olivia Newton-John and her daughter, Chloe Lattanzi. Featured on producer Dave Audé‘s August release “You Have To Believe,” Olivia was able to lend her airy and mysterious vocals to an otherwise club-suited dance track. The #1 song was also co-written by Lattanzi, and featured her as the star of its music video.