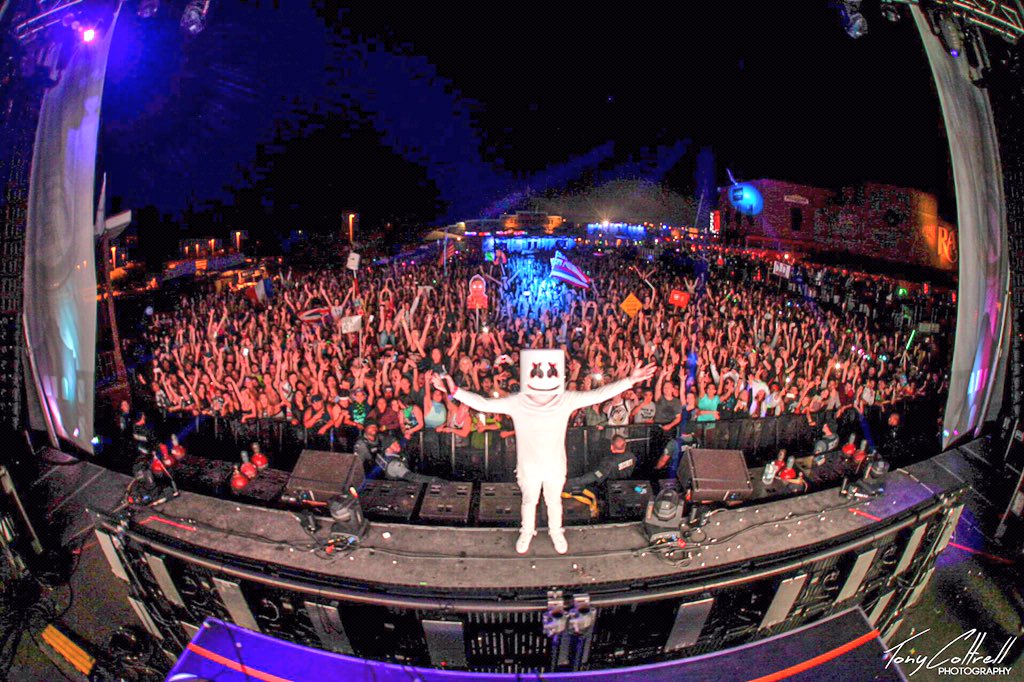 Let’s Get This Straight, Marshmello Is Not Martin Garrix

Rumors have recently surfaced in the dance music community regarding a theory of mysterious DJ Marshmello‘s true identity. According to an ambitious and startlingly detailed analysis by a “guest writer” published through Pilerats, the man underneath the mask is actually none other than Dutch superstar Martin Garrix. The post has been making its rounds too, with almost 8,000 likes on Facebook.  Using photos of their poses on stage, a comparison of the X’s on the two’s logos, their sneakers, Instagram profiles and more as evidence, the article seeks to convince the world that their careers are just too similar to ignore.

Now, we’re here to tell you why they’re wrong.

To start, the photos of Marshmello and Martin’s arms-spread-wide stage pose are hardly the only ones in existence. Using a quick Google search, you’d be able to find nearly identical pictures of artists such as Zedd, Calvin Harris and Armin van Buuren. Despite the Jesus Pose being an old and familiar way for DJs to stand in front of their crowds, we will give Pilerats credit for finding similar photos of the two taken from nearly the same angle with the same framing. Also, it’s clear from other pictures that Marshmello is a significant deal taller than Martin, further debunking the theory.

The analysis of their logos is also suspect, as claims are made that the use of black and white X’s in Garrix’s new look mirror the eyes of Marshmello’s symbol and mask. Black and white X’s are one of the most simple and recognizable symbols in all of design. Martin Garrix’s branding team likely chose the new look because of this fact: it subtly spelled out his name and was basic enough to be familiar to a worldwide audience. Marshmello’s team, I’m assuming, had a similar conversation themselves after first establishing the main, eye-catching Marshmello shape. To say that they are in any way related is an overstatement.

And finally, this sentence: “…did their tour dates ever clash? Easy – No they didn’t, and if they did it was at the same festival at different set times.”

Rather than give a lengthy explanation, I’ll just make this one quick. New Year’s Eve just a month and a half ago saw Marshmello play a December 31st set at San Diego’s OMFG. Meanwhile in Dubai (over a 20 hour flight from San Diego), Martin Garrix headlined the Meydan New Year’s Eve showcase. Here are two videos from each of their performances. Case closed, have a good weekend.