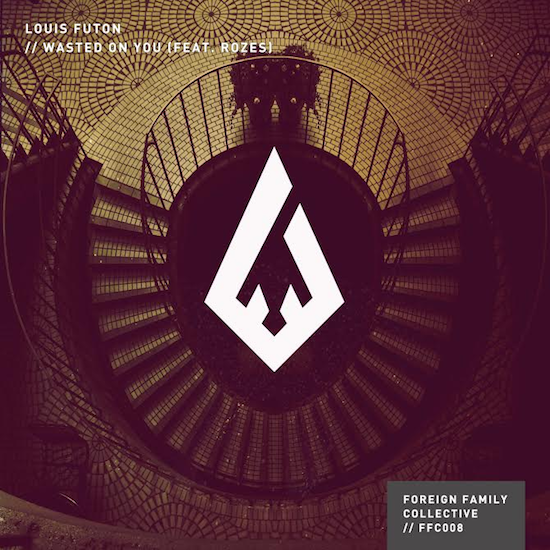 Since its inception almost a year ago to date, ODESZA’s Foreign Family Collective label imprint has had its hand in helping plenty of artists reach greater audiences under ODESZA’s name. Producers like Kasbo, Jai Wolf, and Greyhat have all released singles via the collective’s label imprint, while RÜFÜS DU SOL released an entire album. Now, Louis Futon has joined the family with this latest single, featuring vocalist ROZES, and ODESZA couldn’t have been more thrilled. According to the duo, “we’ve always been a fan of Louis Futon because of his incredible ability to excel in any genre he produces, and this track is no exception.”

“Wasted On You” is the 8th release on Foreign Family Collective, and while it’s only recently become officially available, ODESZA and Louis Futon fans may recognize the tune from when Louis brought ROZES on stage to premiere it during his fall tour with the duo. The single is a euphoric anthem which combines distorted synths, ROZES’ airy vocals, and pulsating percussion work. And best of all, it was created almost spontaneously, according to Louis.

Liz (ROZES) and I found out we were both based in Philly, and a couple weeks later we were writing and recording the track in my basement. We instantly connected and came up with “Wasted On You.”

Pick it up on iTunes now.