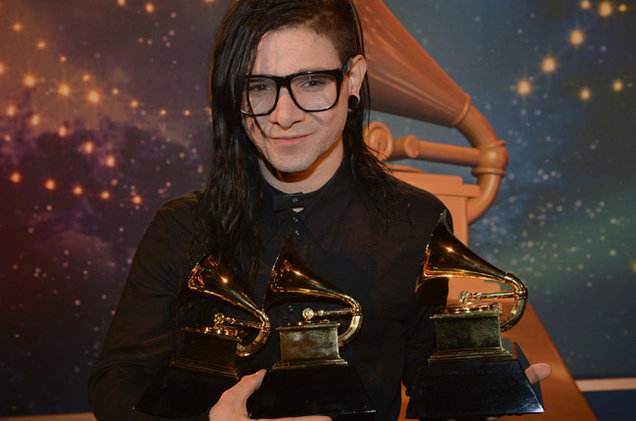 Tonight, the 58th annual Grammy Awards rolled out the red carpet at the Staples Center in Los Angeles, providing an evening-long foray of awards and live performances to celebrate achievements in music during 2015. In the electronic realm, Skrillex and Diplo’s collaborative project Jack Ü made a noteworthy sweep in both the Best Dance Recording and Best Dance/Electronic Album categories. Beating out nominees such as Above & Beyond, Flying Lotus, The Chemical Brothers, Jamie XX and Disclosure, Skriplo walked away from the night holding two shiny Grammy awards.

What made the victory extra special, though, was the new position Skrillex gained by adding two more Grammys onto his record. Until last night, the electronic act with the most awards was none other than French duo Daft Punk. Their album Alive 2007 received two Grammys in 2009, with two more for both Random Access Memories and “Get Lucky.” Skrillex’s previous awards all came during 2012 and 2013 for his work on Scary Monsters and Nice Sprites and Bangarang. In 2014, both he and Daft Punk possessed six Grammys in total.

After last night, however, the added two awards have officially made Skrillex the most decorated electronic artist in the show’s history, with eight.

But who knows? Once Daft Punk finally decide to unveil their next album, they may give Sonny a serious run for his money.

Congratulations to both Skrillex and Diplo on their massive achievement! Here’s to another fantastic year of music.