Which Country Drinks The Most Alcohol Per Capita? You Wouldn’t Believe It

by Your EDM Staff
in Featured, Just For Fun

Some countries are known in popular media for their drinking stereotypes. We normally think of the Germans with their lager, the Russians with vodka, and the Irish with, well… everything. However, data suggests that South Korea drinks the most alcohol per capita in the entire world and by a large margin.

Most sources purport that these figures are in large part due to Korean’s drink of choice: soju. The traditional rice liquor is Korea’s most popular alcoholic beverage, and in 2014, Jinro soju was the largest selling alcohol in the world with sales of 71 million cases world wide.

On average, South Koreans drink 13.7 shots of liquor per week compared to Russians, who only down 6.3 shots per week; Filipinos drink roughly 5.4 shots per week; and Americans consume only 3.3. 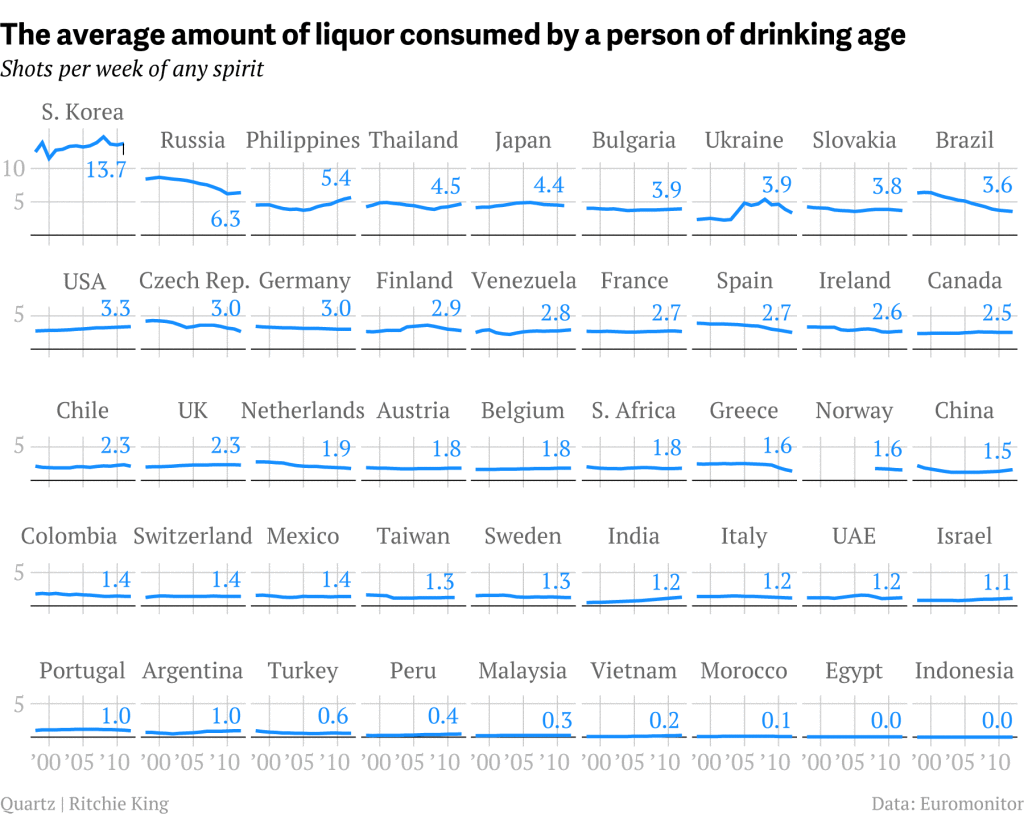 Drinking in South Korea is more than something to do socially, it’s almost a work obligation.

“Work drinks are considered an obligatory part of the job,” said Amy Barnwell, who moved to South Korea last year to teach English. “Drinking with co-workers is a way to determine what sort of person you are outside the workplace, and whether your colleagues are going to get along with you. There are also a strong set of etiquette rules that apply to these situations, and refusing a drink is a big no.”

One of the most common ways of consuming soju is with beer, called “somac,” though it’s also very common to drink it neat. And with drinks costing around $1, and soju a bank breaker at $2 while boasting a 20% alcohol content, you can understand why South Koreans are the drunkest people around.

Lockout Laws Passed In Queensland; Nightlife Venues Sure To Suffer