News that deadmau5 is playing Ultra shook the grounds of electronic music yesterday; considering he hasn’t been back since 2014 when he filled in for Avicii and trolled basically the entire crowd. And not only is he returning to Ultra for real this time, he’ll also be on the ASOT stage on Sunday with Armin van Buuren and Eric Prydz, so that’s pretty huge.

But the fun doesn’t stop there!

The Mau5hax Bus Tour will make a final stop in Miami on Sunday, March 20th. Featuring performances from Attlas, Matt Lange and deadmau5’s close friend, Steve Duda, the party will likely be a great finale after attendees leave Ultra at midnight.

And even though deadmau5 isn’t on the bill, there’s no one more likely to be the “special gue5t.” 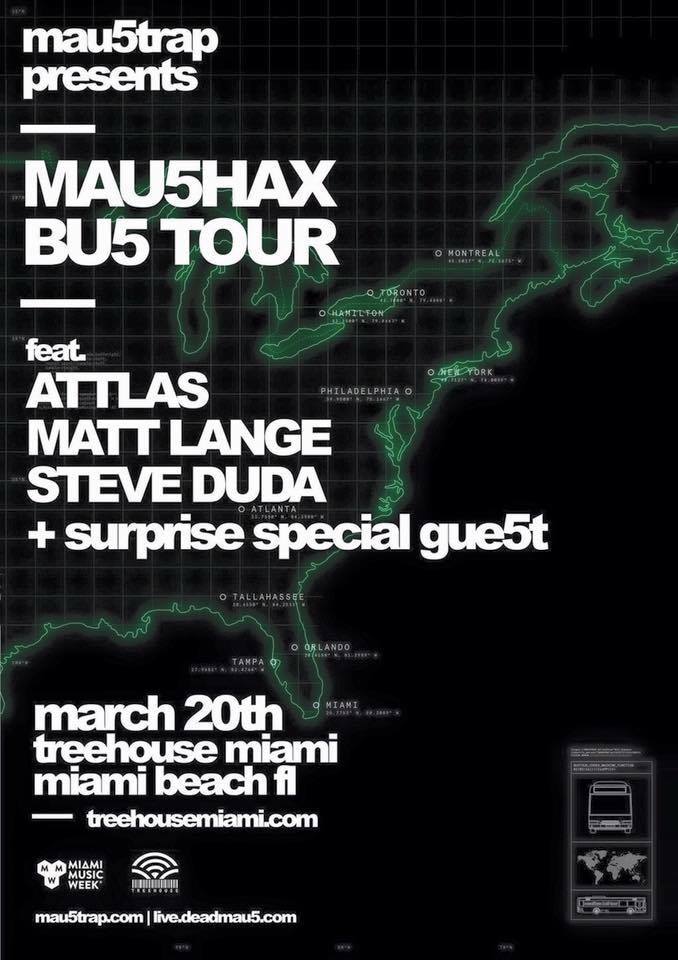 Tickets to the Miami stop are still available, but only just barely. Get them quick here!

Find info on all the tour dates here.