The Soundcloud smartphone app has long been criticized for its simplicity. By only giving users access to their profiles, a headache-inducing search feature, and the basic feed, creators have had to rely on email or the website itself to keep up with their notifications, comments and track statistics. This added step forced users to depend on the desktop site as their home base, and essentially treat the app as an Internet-limited iPod. While it still served its basic function and allowed us to carry our endless playlists and “likes” in our pockets, the convenience of being able to check on notifications has remained a noticeable and bothersome aspect of the experience.

Lucky for listeners and artists alike, iOS users like me have finally gotten what we’ve been asking for.

Today, Soundcloud officially released the partner to the original app, Pulse. First debuted on Android in November, the app in all its free glory is now available to us grateful iOS users. Pulse is a standalone application, but despite the annoyance of having two orange clouds on your home screen, its presence will quickly fill any void the original app left behind.

In Notifications, a list of all notifications can be scrolled through in the same way as the desktop version. Likes, reposts and follows can all be tracked in real time. Every account in your notifications can be clicked on, giving you a look at their description, number of followers, and the ability to follow or block them. Comments can also be replied to simply by clicking on the notification and typing directly into the app. You can even use emojis. 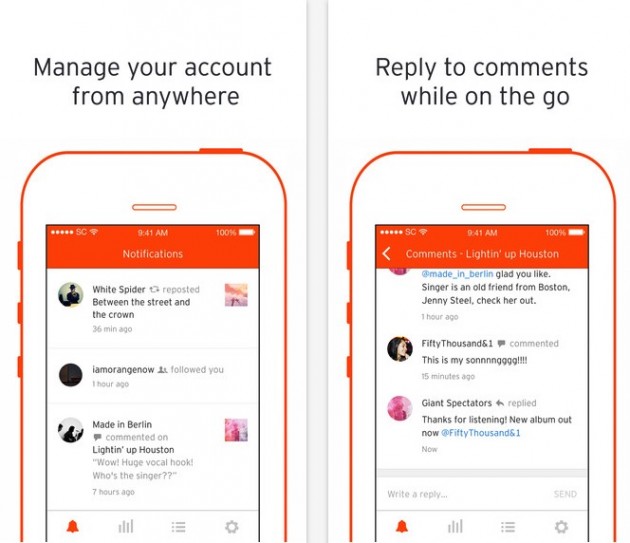 The Stats tab can be filtered by the last seven days, 30 days, 12 months or all time. At the top, it shows your tracks’ total number of plays during the given time period, along with the amount of likes, reposts, comments and downloads they’ve received. The total play count is also converted into a standard bar graph below, just like online. Finally, your most played track of the time period is shown at the bottom. It reveals a graphic representation of the percentage of total plays that the most played track received, to illustrate how much influence it had over your other uploads. 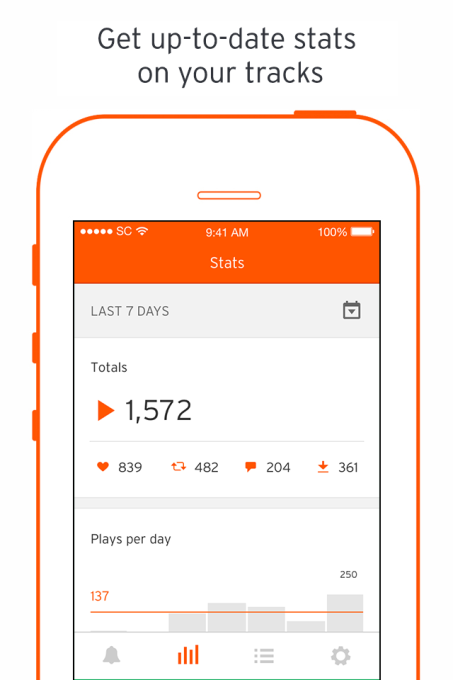 Lastly, the Tracks tab is structured very similarly to the one on the website. The main screen is made up of a straightforward list of every upload on your account, both public and private, alongside their durations and play count. By clicking on a specific track, you can read its description and hashtags, and see the total number of plays and interactions. There’s also a button to share the song through other apps like Email or Twitter. 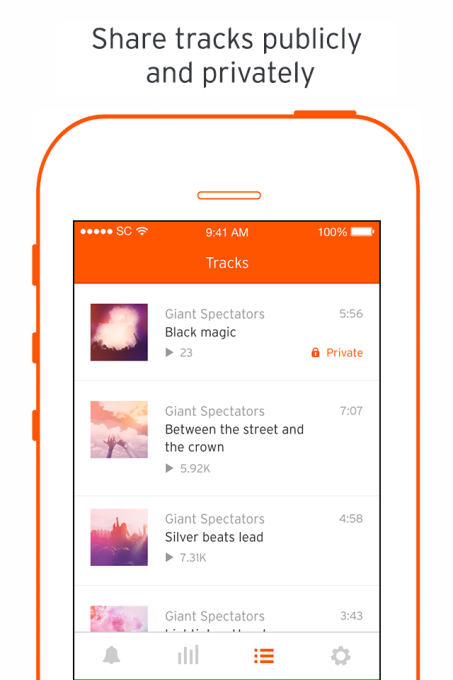 Pulse will undoubtedly become an extremely useful app for creators; the dream of being able to keep up with your account while mobile is far too good to pass up. But calling it “perfect” would an overstatement. Even though it contains nearly every tool that producers would want, the fact that the entire Soundcloud experience isn’t combined into one, fluid application is still frustrating enough to warrant a mention. If the original app had, within its Your Profile dropdown option or as an entirely new tab, the exact content and abilities of Pulse, it would be an almost flawless, mobile alternative. Dividing all of the user functions and music discovery between two, separate apps makes the process more time-consuming and disjointed – not to mention further widening the gap between artist and fan. Major apps like Twitter, Facebook, and Instagram are all founded on the same principle of blending user-uploaded, Internet-accessed content with accessible profiles that can be manipulated and interacted with. Unless the issue lies in finances, it makes me wonder why Soundcloud hasn’t already followed suit.

Regardless, Pulse is already something that I’ve made room on my home screen for and plan to utilize frequently, while simultaneously listening to my feed through the original app. The flame of wanting one, condensed application hasn’t died down, but for now I’ll enjoy my obsessive notification refreshing in peace.

Jauz Shows Off Some Unreleased Material At Latest Show

Jauz Shows Off Some Unreleased Material At Latest Show