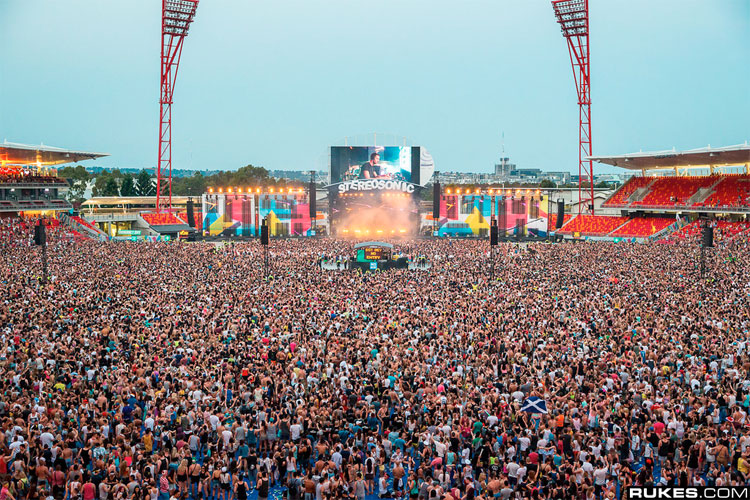 In the wake of last year’s toll on the Australian festival-going community, with seven deaths experienced from overdosing in New South Wales alone, calls for drastic reform have come from all corners of the spectrum. Despite the government’s disapproval of the idea, headed by NSW Premier Mike Baird, a team of doctors has officially announced that it will be bringing formal pill-testing facilities to upcoming music festivals in the region.

Led by President of the Drug Law Reform Foundation and addiction specialist Dr. Alex Wodak, the team has decided to take the area’s drug issue into their own hands. The increase in the number of overdose-related deaths seen in recent months, he said, can be combated with the right education and onsite resources.

“The number of these deaths seems to be increasing, the number of the presentations to emergency departments of people attending these events is increasing, and it doesn’t have to be like this. . . people who test drugs at these events can find out that the drug that they’ve just bought is dangerous [and] would risk their life if they took it.”

The team believes that by informing festival goers of the specific quality of the substances they bring in, they can make a significant dent in the overall reputation and risk currently surrounding the scene in NSW. Wodak told reporters that in order to fund the initiative for one event, the team hopes to raise $100,000. The seemingly exorbitant amount of money, he said, will go towards ensuring a facility that’s up to laboratory standard.

“When people hear that they throw the drugs away… The current police policy, which relies on saturation policing with sniffer dogs, seems to have failed.”

Premier Mike Baird opposes the idea, however, even going as far as referring to it as a “ridiculous proposal.” As he continues to feel the community’s organized outrage at the implementation of lockout laws in Queensland, his willingness to compromise on the issues affecting the region’s nightlife scene seems to be growing thinner.

“We’re in a position that we absolutely do not support that in any way. There is a very safe way to go about pills and that is don’t take them.”

“If these [tested] pills go wrong and kill someone, they may well be vulnerable to manslaughter charges.”

Dr. David Caldicott, an individual also interested in pill testing, would do well to remind Grant that they only “want to run a trial at a place where everyone is using drugs anyway.” Grant’s views on drug use are that of a propagandistic individual only interested in painting drug users with a broad brush. The bit about manslaughter was part of a much larger rant on Australian radio station 2UE in which he also “conflated ecstasy users with ice [crystal meth] addicts [and] claimed that people take MDMA to ‘fill a void in their lives.'” While that may be true of some individuals, MDMA is most commonly used on occasion at music events.

“In life, there is no reset button: you take a pill, it kills you, it harms you irreversibly – you can’t hit a reset button on life,” says Grant, “We have to be vigilant on that message that you cannot take these things [pills] without significant risk.”

The irony is that the issue he’s addressing is exactly what pill-testing wants to help avoid.

With appropriate financing and a cohesive implementation of pill-testing during the upcoming festival season’s events, mentality toward the disagreement may shift in the doctor’s favor. Only time will tell.