After selling out countless venues on their respective solo tours, Gorgon City and Rudimental will be co-headlining a five stop tour throughout the U.S. from May 18th to the 26th.

The announcement comes after Gorgon City’s debut album Sirens cracking the top ten and Rudimental’s platinum record with Ed Sheeran, “Lay It All On Me.” Not enough can be said about the accomplishments of these artists, and the idea of having them both under one roof for a night of sonic adventure has us speechless.

With Rudimental packing up to 11 musicians on stage at a time, and Gorgon City bringing on a drummer and two vocalists, both acts are actively refuting the notion that electronic dance music lacks musicality. From Gorgon City’s acid jams, to Rudimental’s vibrant stage presence, this is one back-to-back performance you won’t want to miss. Click here for more information, and have a look at the dates below. 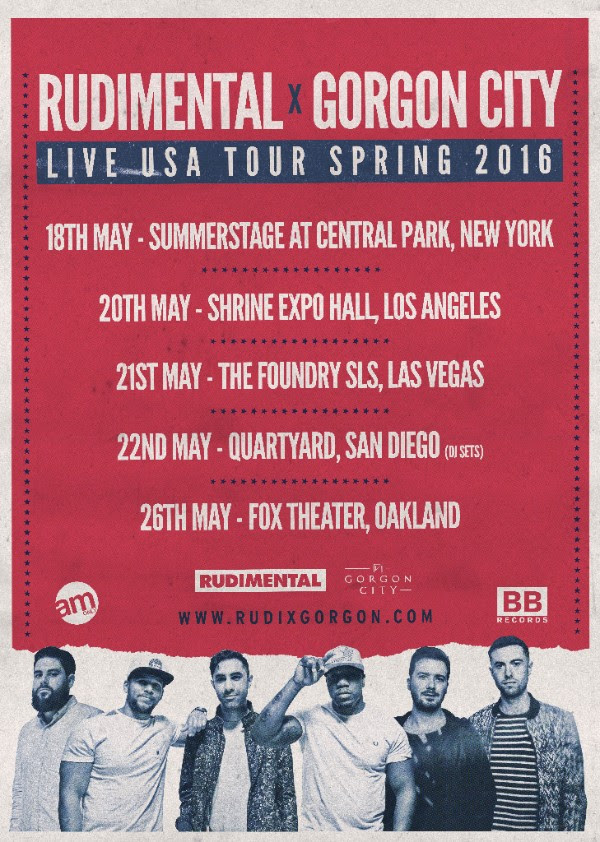