Justin Jay Threw His “Fantastic Voyage” House Party at The Roxy, and It Was Madness [Event Review]

Last Saturday, February 27th, Justin Jay took over one of West Hollywood’s most renowned music venues, The Roxy, for a night of great times and great music with great friends that no one in the crowd will ever forget. The venue on the Sunset Strip has been home to a rotating door of dance music stars and up-and-comers alike, playing host to Gryffin’s debut LA show, GRiZ for his My Friends And I Decided To Come To your City And Play Some Super Rad Small Shows While I Write My Next Album tour, and now, it’s served as the launching pad for Justin Jay’s Fantastic Voyage tour.

If you’ve never been to The Roxy, it’s one of the smaller venues in Los Angeles, and it’s definitely one of the most intimate, which was just the atmosphere and vibe that the youngest dirtybird is striving to achieve on his tour. As the doors to the venue opened at 10, there was a palpable excitement in the air, as the sold out crowd buzzed about seeing Justin Jay’s live set for the first time. For the first hour, Ulf Blonde (the man behind the Blossom for Me EP) warmed the crowd up with an eclectic mix of groovy house and techno before yielding the decks to Justin Jay’s labelmate and fellow dirtybird, Sacha Robotti. By the time Justin Jay took the stage at 11:30 pm, the crowd was ready visibly ready and the dance floor was packed. 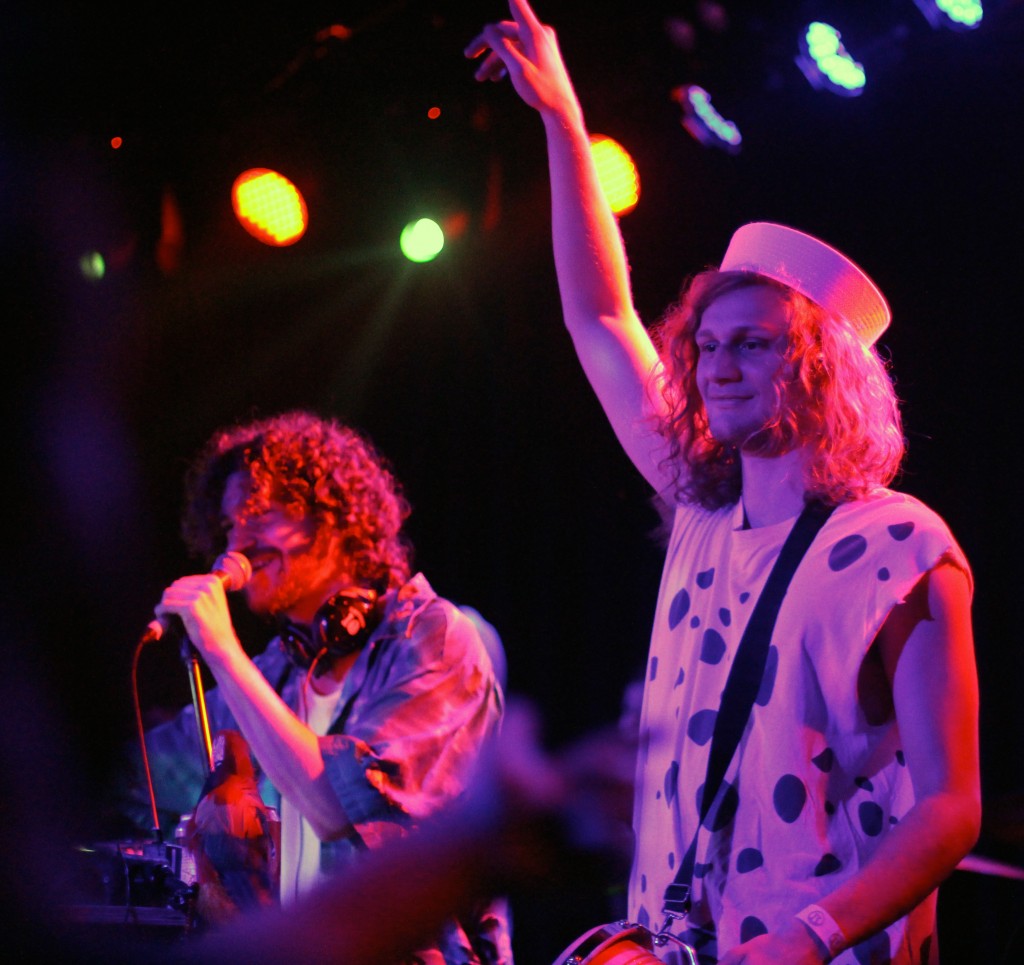 For nearly two and a half hours, Justin Jay deftly guided the sold-out Roxy crowd on a journey through underground house, techno, and disco. Just minutes into the start of his set, Justin Jay brought his friends on stage – and I mean all of them – as nearly twenty people joined the DJ on stage – including Justin’s guitarist, Benny Bridges, vocalist, Josh Taylor, and drummer, Henry Was. Eventually, Jay had an entire crew of friends on stage, and even a few audience members, tossing out sailor hats, high fiving the crowd, singing and dancing along, as everyone was noticeably having a great time.

Musically, Justin Jay showed us why he is considered one of the most gifted DJs in Los Angeles, as he worked through an array of his own hits, like “Rain Dance,” “Hit It,” and his edits of “Whoop!” and Alison Wonderland’s “Take It To Reality.” Towards the end of the set, Josh, Ben, and Justin played their track, “Karma,” together, as almost all of the sold-out crowd sang along – a very cool sight to see for the LA native. In addition to Josh, Ben, and Henry, a number of other musicians joined Justin on stage – playing the flute, trumpets, saxophone, bongos, synths, and more, and each of the musicians were given their own time to shine. There was even someone in a shark costume dancing on stage – something you won’t see at every concert. 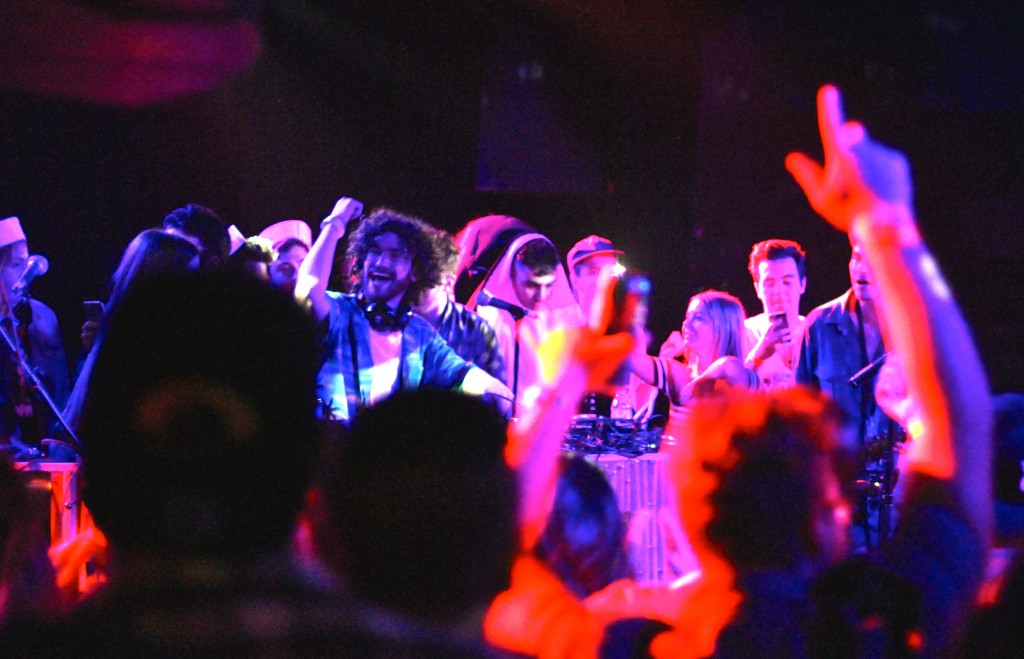 All-in-all, Justin Jay’s Fantastic Voyage was exactly what he set out to make it – a small, intimate show with his friends and for his friends. After all, it’s not very often that a concert is able to make me feel like I’m back in college, partying in my buddy’s backyard, with 400 of my closest friends, but somehow, Justin Jay made it happen.

You can go here for tickets and more information about the Fantastic Voyage tour.