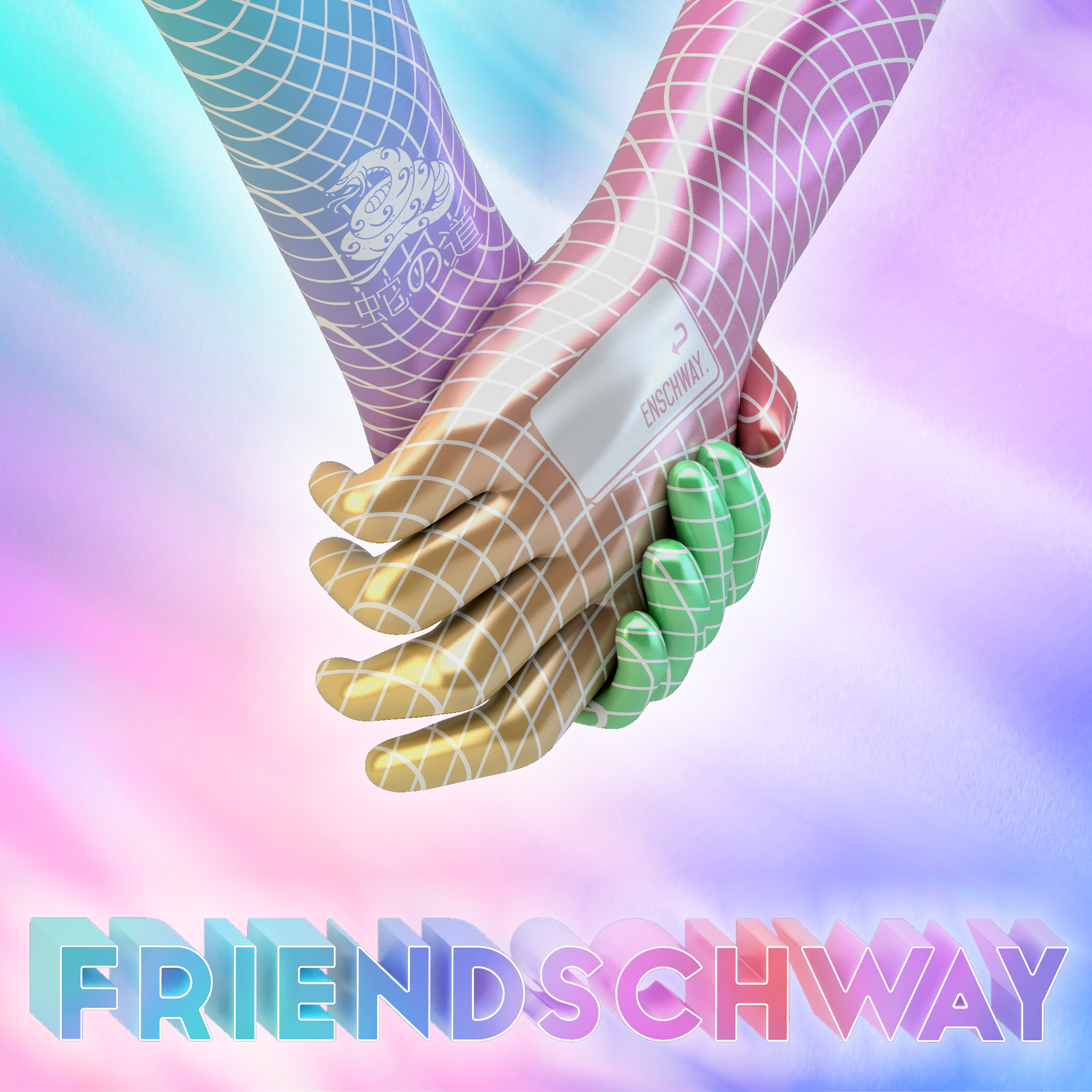 Unique, Australian producer Enschway has just come out with his debut, three-song EP, appropriately titled Friendschway. Featuring stunning collaborations with the likes of LOLO BX, Holly and Luude, the EP comes as a display of Enschway’s flexibility and diverse range of talents across multiple genres and levels of energy. From soaring future bass to grungy trap, each of the tracks manage to fluidly combine the styles of the contributing producers with a comfortable and noticeably Australian vibe and backbone. The entire EP is currently up for a ‘name your price’ download on his Bandcamp page.

The leading track, “Counting On You” with LOLO BX, begins with optimistic piano phrases and an oncoming sweep of white noise. The percussion soon enters the space with heightened energy, while high pitched vocal chops swirl alongside bubbly arpeggios and an encroaching bass synth. Suddenly, the track explodes outwards into a choppy, future bass onslaught of layered synths and heavy kicks.

Next is “Bring It Back” with Holly, a gnarly, dubstep-influenced trap track with an emphasis on harsh basslines and screaming synths. After a foreboding organ introduction, an aggressive build leads us to the break where machine gun shots of synth are sprayed across the spectrum above a monumental sub bass and monstrous, metallic growls in between. The main melody unexpectedly transforms into a future bass heater midway through the first drop, indicating that Holly’s style isn’t the only one getting the attention on this track.

Finally comes “Timezone” with Luude, a track that serves as a re-release from Encschway’s previous year. Featuring larger than life future bass warbles and expertly arranged vocal cuts, the song is perhaps the most powerful on the entire EP.

Following on the heels of this incredible release, Enschway has also announced its associated tour through Australia. During the next two months, he’ll be touching down in each of the country’s major cities, including Perth, Adelaide, Brisbane, Melbourne and more. View the full schedule below.