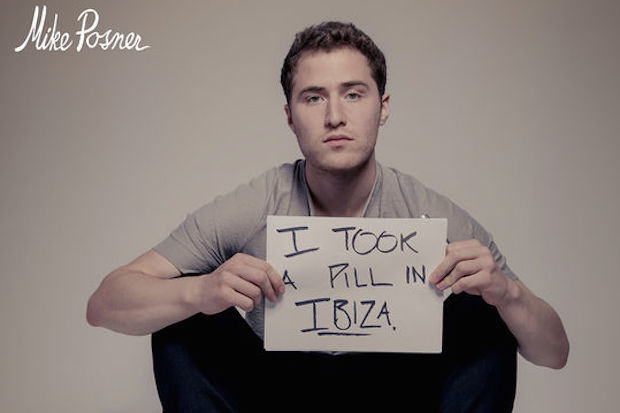 Nine months ago, producer Mike Posner released a series of personal and significant tracks under a collection he called “The Truth.” After describing to a friend the inspirations behind one of his previous tracks, Posner said, he was asked why he didn’t just tell the straightforward truth about his life within the music industry, and the various emotional and mental tolls it’s taken on him throughout the years. With his new project, headlined by the track “I Took A Pill In Ibiza,” Posner turned a new leaf in his own career and his perspective on the entire lifestyle. After a chart-topping remix was made by SeeB, the original song has now become both a staple in the community as well as the number one UK single on the market.

In response to the song’s title and first line, some critics have emerged claiming that it promotes and glorifies drug use among individuals and those in the business. BBC even went so far as to ban the track from their roster, saying that the direct reference to ecstasy usage was something they didn’t feel comfortable promoting on their platforms. Others like Radio 1, however, have noted that the track most directly seeks to describe the negative effects of such substances rather than the positives, and have subsequently A-listed the song. Still, DJs around the world have been cautioned to refrain from using its complete title when playing it out, instead shortening it to “In Ibiza.”

After studying the lyrics, it quickly becomes clear that Posner’s intentions were pure. He mentions that taking the pill with Avicii made him feel 10 years older, and that his personal need to impress those around him and come off as a “big baller” has actually deprived him of what might otherwise have been meaningful and worthy relationships. He remembers telling his fans, who asked how they could ever reach his level, that they shouldn’t try to be like him. There are dark sides to being a musical success, he says, causing him confusion, loneliness and mistrust more often than not.

“I Took A Pill In Ibiza,” we think, is something to be focused on and respected as a true piece of honest insight into the seldom discussed underbelly of the music industry. By taking away some of the blind glorification of musicians and directing listeners’ attention to the struggles of those on top, Posner is effectively reintroducing the humanity of the business that we desperately need to be conscious of.

Listen to the chart-topping single below, and stream SeeB’s incredible house flip through the above link.