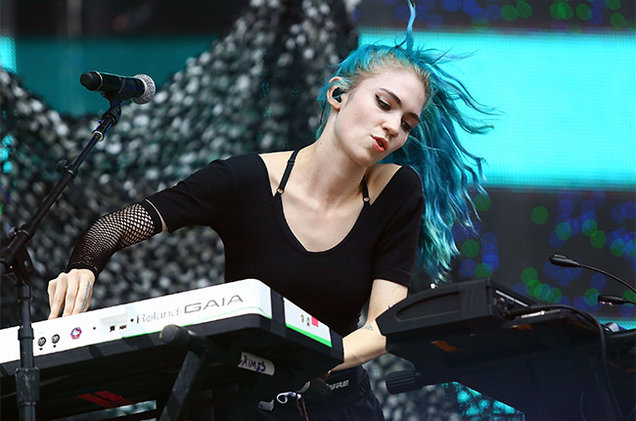 Grimes Shocked Due To Faulty Equipment While Performing In Dublin [Video]

Canadian pop singer Grimes, who is known for blending elements of electronic music into her pop vocals, was recently shocked onstage due to faulty audio equipment.

The incident took place Tuesday night at Olympia Theatre in Dublin, Ireland with the singer having just wrapped up a tour of the UK in the days preceding. From the video below posted to Instagram by fan Emma D, we can see Grimes clearly in her element performing her song “Butterfly” before she clutches her face and visibly reacts to something – presumably the electric shock.

Interesting enough, although Grimes took to Twitter to thank the crowd for their support and place the blame on a pedal that went awry yesterday the tweet seems to now be deleted. Fuze TV managed to embed the tweet before it was deleted so it is still viewable below despite having been deleted from Twitter.

Dublin! 1 mil apologies that my pedal failed and I was electrocuted, but there r tears in my eyes that y’all were so so wonderful ??????????

Hopefully, this deleted tweet was just an oversight as Grimes herself has taken to Twitter again to reassure her fans that everything is alright.