Theories about Marshmello’s identity have run rampant ever since the figure first made an appearance in 2015. Wild guesses from Skrillex and beyond have always held the attention of the public, but one in particular was always on everyone’s mind, thanks to comments made by Skrillex when he was with Katie Couric: Dotcom.

It makes a lot of sense, in terms of business – they’re both managed by the same team, and you’ve never seen Dotcom and Marshmello together in the same room. That, and friends of both artists constantly repost each other’s music – Dotcom hasn’t posted a new original in seven months.

Now, new photo evidence gives credence to the Doctom is Marshmello theory, when what appears to be matching tattoos show up in photos of both artists. 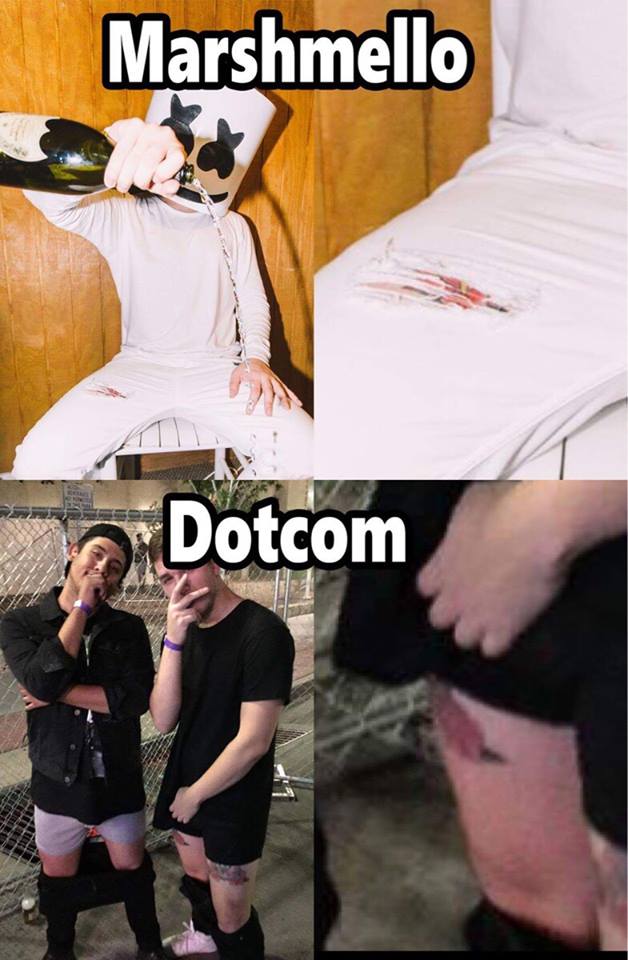 Once again, we can really only go off of theories and speculation; but like we mentioned before, this evidence is definitely compelling.

Adam Levine’s Family Remembers Him After His Unfortunate Passing