by Garrett Smith
in House

Throughout last year, and in recent times, it has been very busy for the burgeoning Los Angeles-based producer/DJ Justin Jay. Last year, the 23-year-old house party honcho busied himself with his first ever world tour alongside a series of notable releases, including two spectacular EPs on both Dirtybird Records and Catz ‘N Dogz Pet Recordings. With his Fantastic Voyage tour in full swing, Justin is ready to level up his career this upcoming summer with even more anticipated music, festival appearances, and standout collaborations.

Now Justin Jay has revealed Fantastic Voyage (The Album!) with the release of its first track “Weatherman” via Black Butter Records. Justin Jay decided to take a different route in the rollout of his debut album, arranging a mix of singles and EPs to be released on different labels which will eventually come together in its entirety later on. The album itself represents a conduit of exploration, which is reflected in each track’s distinctive sound.

As for “Weatherman,” the first single is a perfect gateway to the album’s seafaring, rock-tinged tonality mixed with Justin’s signature house grooves. The track stands as the second collaborative single from his latest project Justin Jay & Friends, a musical collective between his college pals Josh Taylor, Benny Bridges, and Henry Was. The track is led with a steady beat and light synth waves until Josh Taylor’s smooth vocals move the tune into a dreamier escapade, fixed with sturdy guitar strums and rattling percussion. 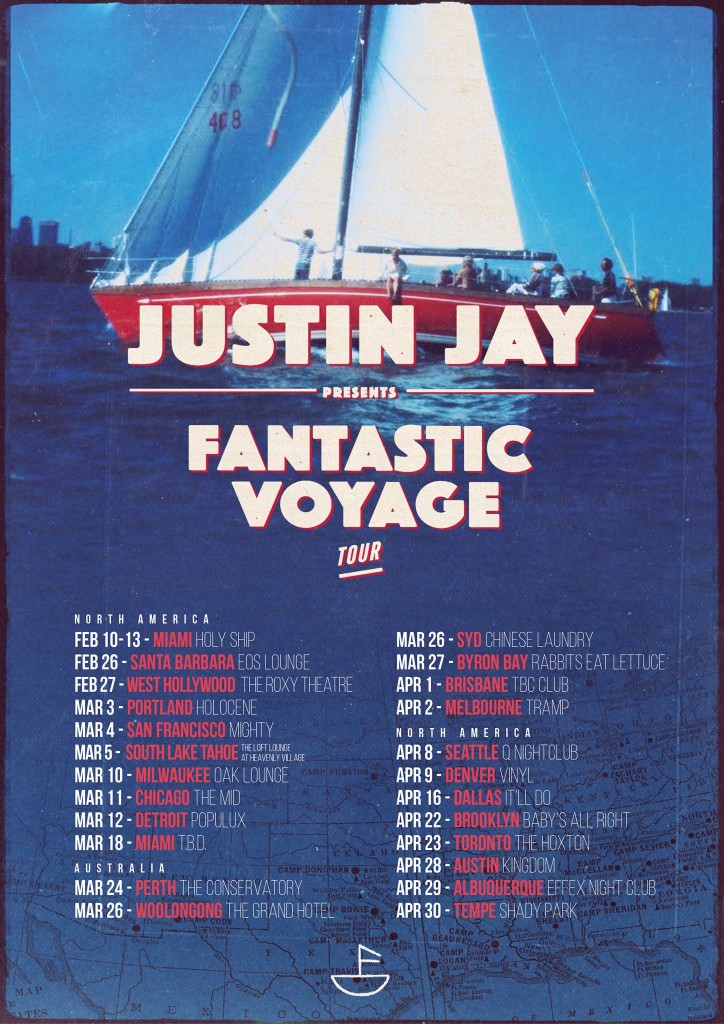