Following on the heels of his premiere Australian tour and the Buygore release of his four-track Namaste EP, I spoke to Argentinian beat maker Dabow about the conception of his latest, major release and the future of his quickly blossoming career.

With musical contributions from each of his parents, alongside a host of incredible producers proper, the EP arrived as one of many notable pegs on Dabow’s consistently expanding roster of work. It played a subsequent part in sending him, for one of the very first times, to perform outside of his continent and connect with artists like Luude and Protohype with whom he’s collaborated for so long. Now that he’s returned, he said, the future is looking brighter than ever before.

Read the full conversation below.

What was it like playing your stuff out to a completely new crowd? Did you meet any URL friends/cohorts while you were there? What was the whole experience like for you?

Oh, it was awesome! And yes, I’ve met some URL homies! While I was there I got to meet Protohype, Luude, Lumberjvck, Delta Heavy, Twerl and Oski. They are all really awesome people and now I know that I’ve got some real friends all around the world. The whole experience was great. Playing to Australians was incredible! They rock so hard and they dance from start to end with plenty of energy. The whole experience was like getting everything together (internet + real life) on an uniform thing, felt so refreshing.

How soon do you plan on leaving Argentina again? Where else do you want to visit and play your music?

There are some huge plans for this year. I can’t name specifics but all I can say for now is there will be a few Canada and South American events this summer! I really hope to be in the US by the end of the year.

Your new EP, Namaste, was named after your parents’ yoga/meditation profession, right?

Yes. Namaste means “My soul greets your soul”. In Sanskrit It’s used as a signal of respect, and as a salutation. My life is simple, I live at a yoga centre, with my parents. I work for them doing reception, and with roommate being a Yogi, I’ve got super inspiring lifedays.

So with the new EP, how do you think your sound has evolved or changed since your previous one?

This EP is special because I was looking for more diversity in songs and using clean sounds while still having that hype energy. It’s pretty much technical, but they’re all bangers. I’ve included my mom and my dad on it. Also got the homies Ruxell and Tapecut on the collabs, which is an honor for me. They are really talented artists who helped inspire the way of this EP.

You have several collaborations on it, in addition to a guitar feature from Mistic Eye Rock. What was the production process like with them?

For me, this is an introspective work. The Namaste sample is my mom’s voice, and the guitar in Mistic Eye Rock is my dad playing. All recorded at home, and with a fresh vibe. That’s what I want people to get, a fresh vibe! 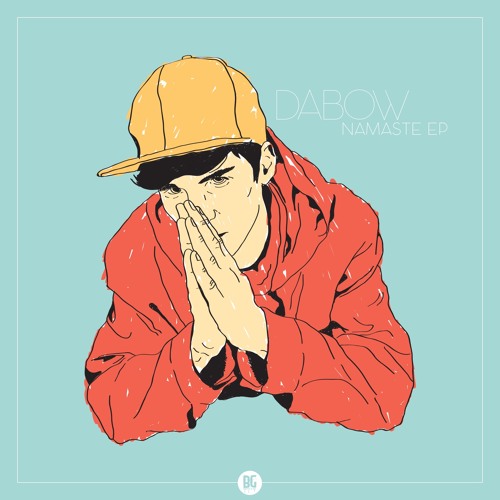 The style of the EP seems very focused and minimal, with heavy and dark elements to give it a unique kind of intensity. What’s the meaning, if any, behind the vibe you’ve created with Namaste?

I’ve made every song with the idea of doing an EP with it, and releasing it with Buygore. So I sent them a bunch of tunes and they picked these 4 songs, ‘Two’, ‘Vuela’, ‘Namaste’, and ‘About Time’. Production process was really focused on doing some catchy songs with some technical details and new sounds, trying to get everyone dancing to it.

Are there any important plans for 2016 that you can share with us?

I’m gonna keep releasing stuff all year, I’ve got some finished stuff in that unreleased folder. After the EP I’ve got a single and some HUGE collabs coming. One with my lovely friend Protohype. With the new stuff, I’m keeping that weird vibe, and making some dj friendly bangers. But really a bit of everything, to keep the balance.