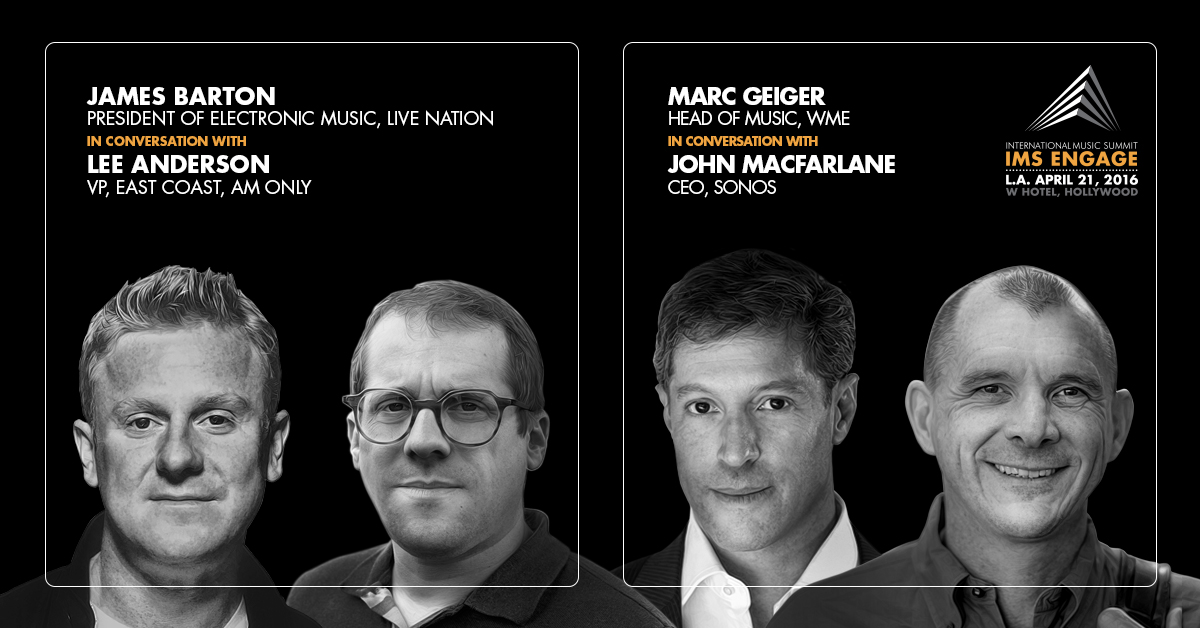 IMS Engage returns to Los Angeles for the fourth year in a row on April 21, and the first two pairings have just been announced.

The first pairing features the Head of Music of one of the world’s premier agencies, Marc Geiger of WME, in a conversation with John MacFarlane, CEO of the pioneering audio company Sonos.

The second conversation offers an exploration into the unique push and pull between promoters and agents, featuring two of its biggest power brokers. Live Nation’s President of Electronic Music James Barton, with AM Only’s East Coast Vice President Lee Anderson, the man responsible for booking acts including Skrillex, Disclosure and Claude Vonstroke.

All speakers will interview each other on their accomplishments, the future of EDM, and any topic they desire in these unmoderated interactions.

Tickets are capped at $100 – get them now via:
http://www.internationalmusicsummit.com/ims-engage-2016-attend/