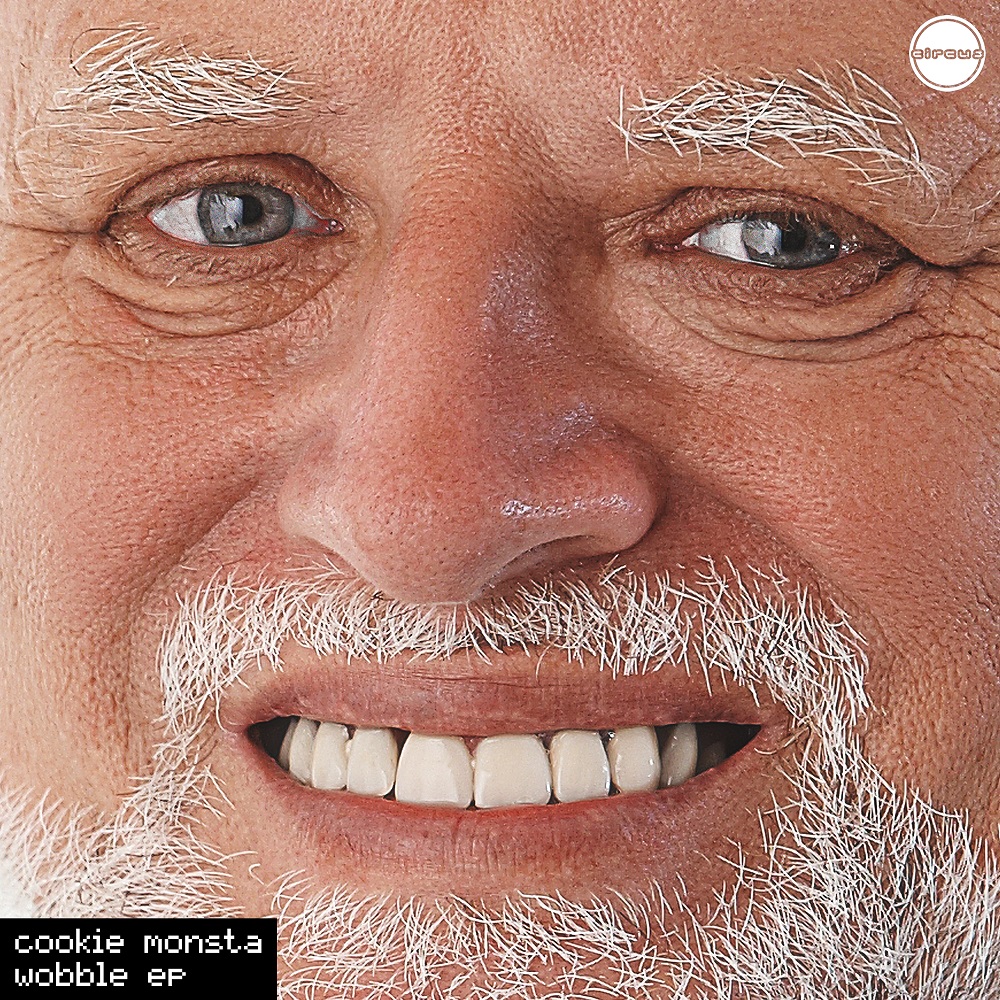 Dubstep has changed a lot since it first appeared on the scene in the UK, and even more still since it made its popular appearance as ‘brostep’ in the US around 2010-2011. One of the more noticeable changes has been the disappearance of the “wobble,” the wub wub. It was heavily prevalent in music by artists like Rusko, Emalkay, and even early Flux Pavilion, but it has largely dissipated in favor of heavier, more meaty synth structures.

So when I heard that Cookie Monsta was putting out a full EP focused on “bringing back the wobble,” I was pretty ecstatic. I’m even more ecstatic now that I get to help premiere the lead track from the Wobble EP, “Ruff,” featuring vocals from Tima Dee. I was able to talk to Cookie Monsta about the EP and the wobble movement below the stream, so be sure to check that out too.

When did you notice that the wobble had gone?

A few years ago now, it was just a case of one day realising that this stuff wasn’t being made and I was dying to hear some fun/light-hearted Dubstep. After years of the same style I kept asking over Twitter who makes the wobble?! I thought “Fuck this” and then started my own Wobble project.

Why is now the right time to resurrect it?

To be truthful that time has been and gone, genres come and go, there’s no big resurrection. I’m not doing this to try to start a dubstep revolution, I’m simply doing it for my own good! I’ve been making music for about 8+ years and it’s been 90% Dubstep. I’ve driven myself crazy over that time and this project was to take a step back and feel how I first started making music. I hibernated in the studio and it was so much fun making this EP, I haven’t had that much fun for ages.

How did you find a balance between old school sounds and modern production techniques on this EP?

We all know the productions levels on most tracks out there are crazily pushed and squeezed in every way possible, this wasn’t the case for this EP. Obviously it’s more modern than the older stuff but I tried my best to get in my happy place. Not too pushed but not too soft either, I also didn’t spend too much on the mix downs just because making music is the fun part!

What can you tell me about the production behind “Ruff,” specifically?

Well, it began with an intro of orchestral instruments, this wasn’t even meant for my EP but it kind or worked with the other tracks. It just evolved from a chilled track to more of a gritty wobbler then I thought it’d be sweet to get a female vocalist in top. I also spent a smaller time frame then usual on the mix downs and arrangements.

What producers inspired you in making this?

The whole EP? It’d have to be mostly down to Rusko, I miss his style so much. I want to cry right now

What do you think of the current state of dubstep as a whole?

I think Dubstep just needs to chill for a minute! It needs a few throw-back tracks every now and then just to keep the genre fresh. No one’s doing it really, everyone is using the same synths, the same sounds, the same melodies, the same hooks even the same samples. It’s been like this for as long as I can remember, but it’s especially frustrating for me because every track I make I try my best to not sound like my last track. I try to make it as different and exciting as possible but it’s got to a point where it’s hit level 11 and there’s no more space to push!

Another thing that’s driven me crazy is when someone makes a banger they’ll constantly use the same sounds and same layout, I get it that it’s a “signature sound” but let’s just keep it fresh! If you can make one hit then you can make another without using 90% of the same shit that was used in the hit!

Do you think the return of more wobble will benefit the genre?

I don’t think it’ll benefit Dubstep, to be honest. The scene has evolved and grown out of the older stuff, the younger kids have grown to be the guys at the front row who don’t have the same connection as the older guys. It’s just how it is. I don’t even think people will remember this EP for too long, it’s just not the same as what everyone else is pushing. That sort of sound isn’t hot right now so I’m fighting an uphill battle.