Since the announcement that TomorrowWorld would not be returning in 2016, a void has been left in the Atlanta-region for a massive festival. Atlanta itself is home to a bustling music scene, but none so big as the behemoth festival organized by the now-bankrupt SFX Entertainment. Another festival, however, has been lurking in TomorrowWorld’s shadow waiting for its chance to burst forth, and that time is absolutely now.

Imagine Festival just dropped a massive lineup announcement that boasts diverse artists and a lot of nostalgia and forward-thinking initiative. I honestly don’t know the last time I saw Benny Benassi at the top of a lineup poster, but there he is. But the top billing for the lineup doesn’t look like the top billing for all other lineups. While the artists at the top are certainly not in short demand elsewhere, they’re rarely all at the top together: Borgore, Dillon Francis, Excision, Gramatik, Nero, Showtek and Zeds Dead… something for literally everyone.

The rest of the lineup is pretty solid, too, including sets from The Bloody Beetroots, Caspa B2B Rusko, Aphrodite, Lotus, Pendulum and more. It’s heavy on the bass and shows a phenomenal amount of D&B, as well. 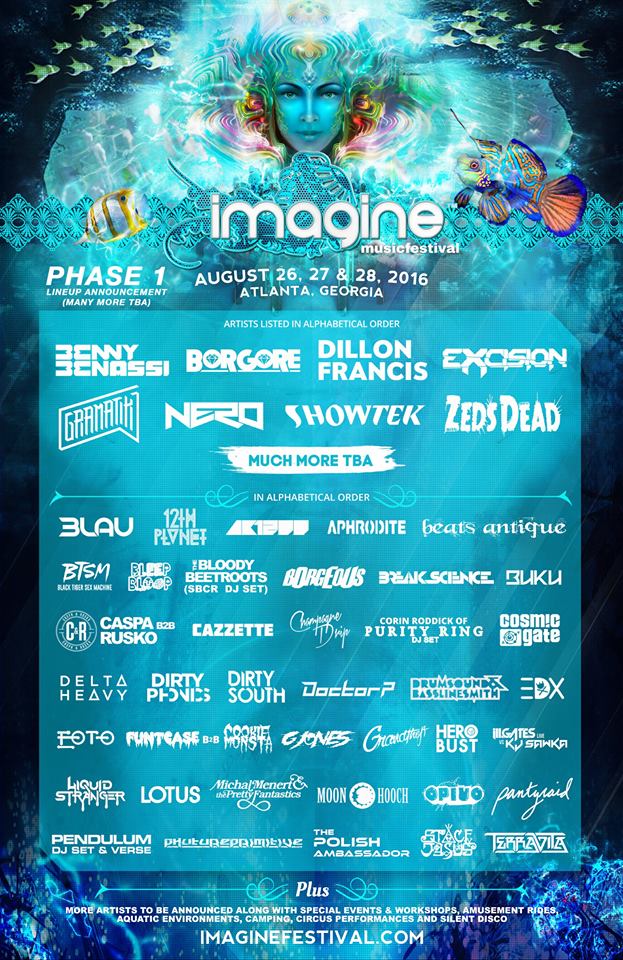