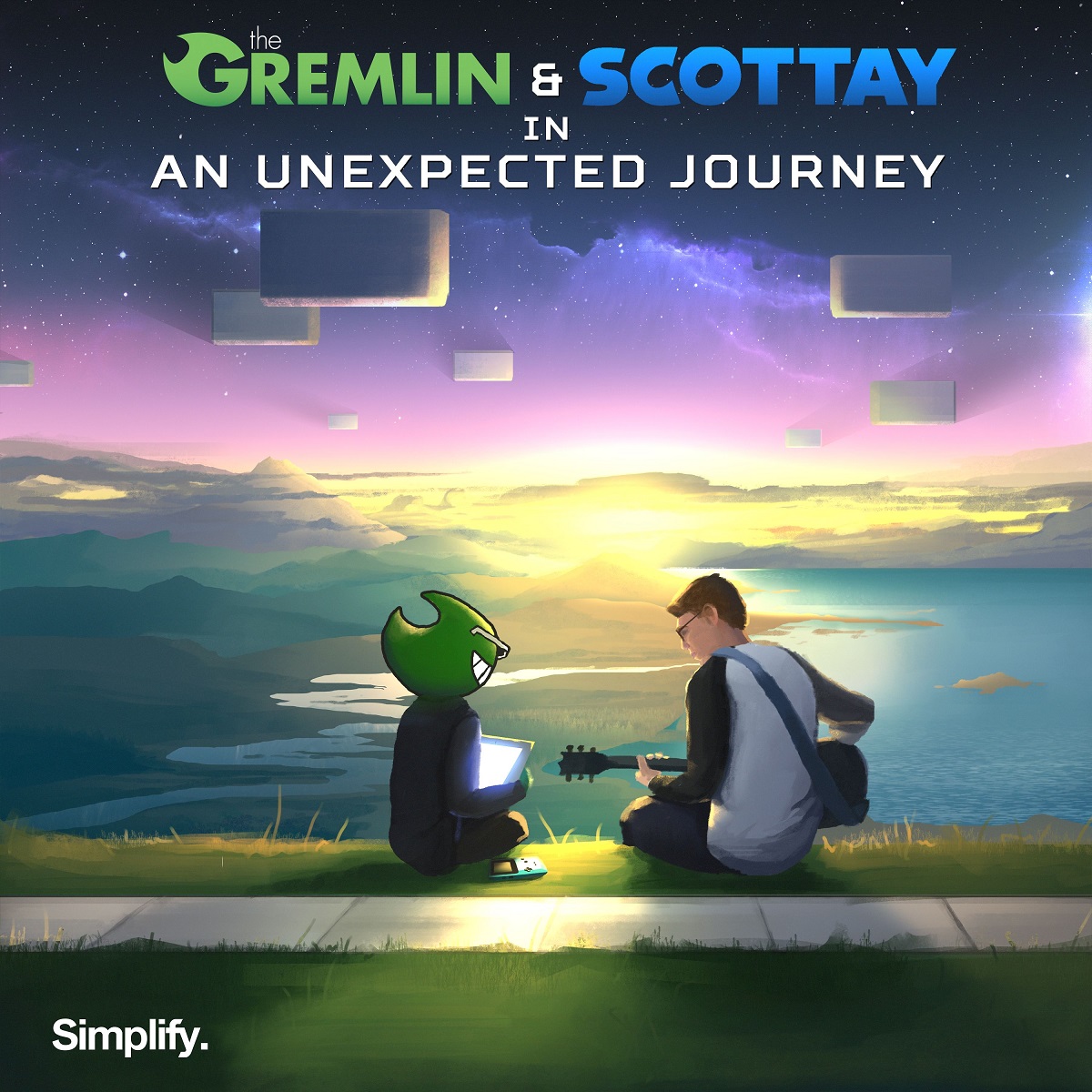 One of my favorite developments in electronic music over the past couple of years has been the expansion of projects with live music elements. And I’m not just talking about acts that have (Live) next to their names on the festival bill. I’m talking about honest to God instruments like guitars, saxophone, violin, etc.

Electronic music will always be electronic music, but the sound of a raw instrument is still so impossible to replicate in its purity and character, there’s absolutely no substitute.

When I first started up An Unexpected Journey, the new collaborative album between producer The Gremlin and guitarist Scottay, I can’t say that I was very impressed. The opening track, “Cloud Control,” didn’t really hit me in any of the right places; it was pretty basic glitch hop… or so I thought. After rather absentmindedly letting the track play out, I suddenly felt myself perking up, thinking, “Oh my god what was that.” That was a stunning guitar solo from Scottay that caught me completely off guard. It was at that moment that I knew this album had something special to it.

The rest of the album follows very closely to this style: elements of glitch provided by The Gremlin, and live guitar recorded from Scottay. The two work in tandem, sometimes at seemingly artistic odds and other times in astonishing cooperation. Sometimes, Scottay is allowed to showcase his skills at the forefront of the track, as in “Cloud Control” or “Summer ’06,” other times he takes a backseat and allows himself to be the backbone of a track, as in “Vibe To This.”

Though the album maintains its glitch identity overall throughout the duration, Scottay is allowed to exercise his versatility on the guitar by playing a great variety of styles to match with the melody and rhythm of the production.

For a couple of artists that no one has heard of (Gremlin has 307 likes on Facebook and 1,100 followers on Soundcloud), this is an astonishingly well put together album with innovative approaches to electronic music and fantastic, accessible production that anyone could appreciate. Varying styles, tempos and influences on each track keep listeners engaged and interested during the whole listen, all while not compromising their core sound. The eight tracks are dense enough that even at only 34 minutes, An Unexpected Journey comes across as a wholly complete work (compared, for instance, to Baauer’s 13 tracks at nearly the same duration).

I’ve had this album for the past month, and I’ve taken the time to listen to it nearly a dozen times in the time between when I first downloaded it and when it was released yesterday. I’m happy to say that I still haven’t gotten tired of it.