Fresh off the heels of his new collaboration with Tove Lo on BBC Radio 1, the tracklist to Flume’s sophomore album, Skin, has been revealed, and it’s packed. 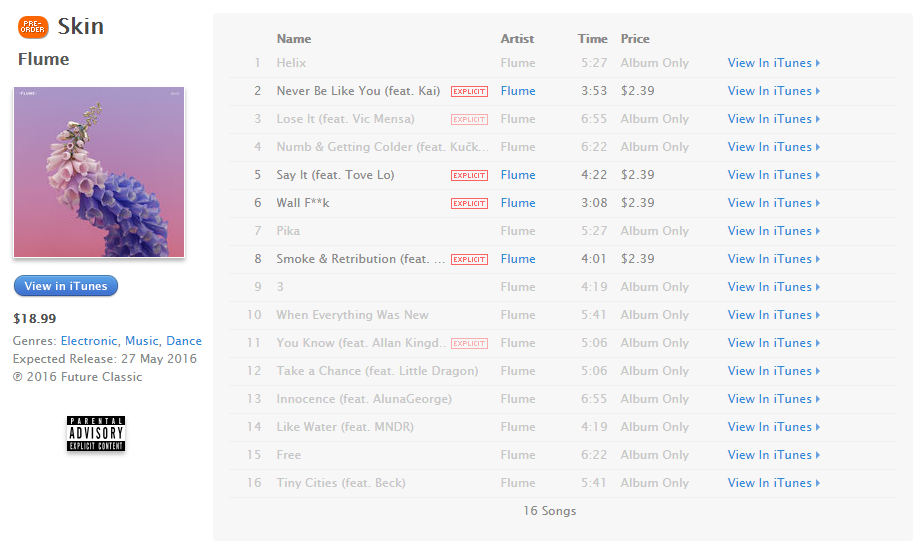 The album will feature collaborations from Kai, Vince Staples & Kučka, and Tove Lo as we already know. Additional collaborators include AlunaGeorge, Little Dragon, Allan Kingdom, Vic Mensa, MNDR, and the big one… Beck.

The album will be 16 tracks long, a substantial album by any measure. The one seemingly odd feature of the album is the price point – $18.99. This would suggest a deluxe version rather than a straight album release right off the bat, though we’re sure this is subject to change following fan comments.

And as before, the album is out May 27 on Future Classic.

The 7 Best Songs To Smoke Weed To

The 7 Best Songs To Smoke Weed To