Kygo To Take Over Ushuaia Ibiza For Historic Performances [Exclusive]

It’s hard to forget Kygo‘s big break in 2014 when he took over for Avicii at TomorrowWorld. Kygo was just starting to gain momentum and this massive news essentially catapulted his career into hyperdrive.

Now, two years later, Kygo is following in Avicii’s footsteps again as he announces his new residency at Ushuaia Ibiza. Even just last year, Kygo was actually opening for Avicii, and now he’ll be the first-ever Tropical House resident of the party island.

Even better, he’s going to be joined by a massive all-star lineup of producers like himself: Thomas Jack, Felix Jaehn, Bakermat, Michael Calfan, Sam Feldt, Klingande, and more. 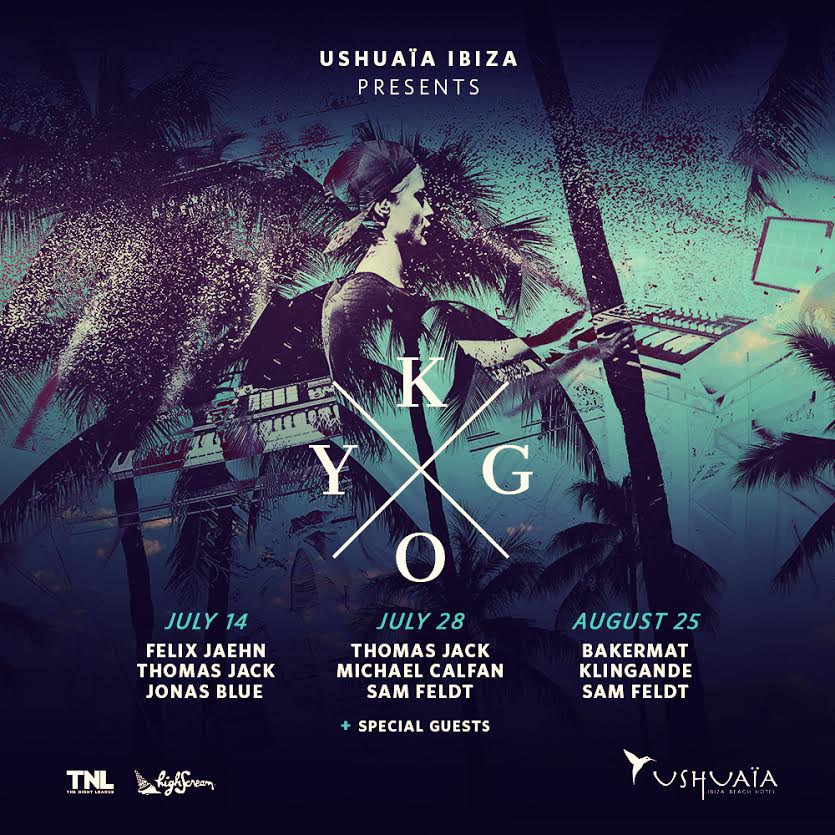 Emissions Stacks its Lineup Even Higher with 2nd Phase Additions

Emissions Stacks its Lineup Even Higher with 2nd Phase Additions