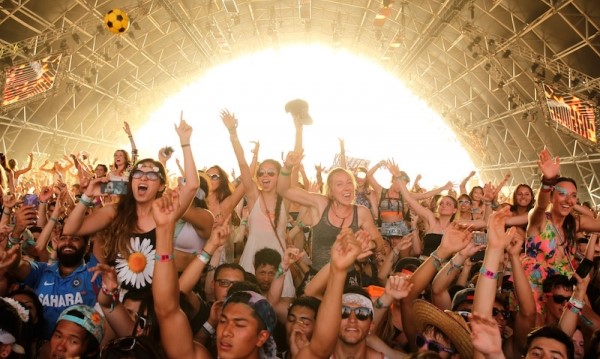 Mysteryland, Electric Forest & EDC Are Among The Most Expensive U.S. Festivals

Coachella’s closing night has once again announced the arrival of festival season. (Though, for the EDM community, that was Ultra back in March.) The colossal rise in festival attendance in recent years has birthed an entirely new culture, and with it, so too have companies grown to accommodate the increasing demands for world-class talent and production.

Of the long list of North American festivals, here are three that stack up as the most expensive, despite their humble roots. After all, production and talent bookings require some serious resources, and festivals are serious business.

Mysteryland is the world’s longest running electronic music festival, and they’ve certainly learned a thing or two since their launch in 1993. The event made headlines for its U.S. debut in 2014, acquiring the original Bethel, NY Woodstock grounds as the site of the festival. This year’s edition will feature Odesza, Skrillex, and Bassnectar as headliners, though attendees must be 21+ to camp. Weekend passes including camping are going for $319, and you can catch them for $426 from resellers.

Started by Pasquale Rotella in 1996, Insomniac’s Electric Daisy Carnival has grown into a world renowned franchise. In the last 20 years, the festival has sprouted numerous international offshoots, but the main attraction continues to be their Las Vegas HQ. While a face-value 3-day ticket costs $430, you can find resellers dishing them out for $393, and weekend VIP passes are over $700.

Stemming from the legendary Rothbury Festival, Electric Forest will always have a special place in our hearts. Over the last couple years, the event has grown immensely in popularity, and sold out in just two weeks for this year’s installment. With a lineup boasting The String Cheese Incident, Bassnectar, Major Lazer, and more, plus an entire forest filled with art installations. The price for this year’s 4-day admission is $297, but seeing as they’re already completely sold out, secondary market tickets are going for as much as $1,520.