Following its February announcement regarding the addition of a fourth day and stellar line up, UK festival Creamfields has just revealed another enticing element to its 2016 installment.

In true, EDM festival fashion, a video reveal was dedicated to the founding of a brand new stage design to be added to the festivities this August. Dubbed “Steel Yard,” the absolutely massive, 22,000-person tent looks to be constructed from an endless metal skeleton surrounded by a large covering. Inside, gigantic, LED-ridden structures hang from the ceiling and move in unison with the music. The result is a truly spectacular and grandiose display that’s sure to make fans of the world’s most expansive festivals feel right at home.

The specific design, taking into account its basic shape and moving, indoor components, seems to be mirrored after the designs of megastructures from EDC, Coachella or Ultra. Despite the onstage screen arrangements being unique, the basic layout of the tent’s interior is far too similar to ignore. Each of the festivals’ respective circuitGROUNDS, Sahara Tent and Megastructure stages are constructed in the same fashion, and feature many identical pieces in the interior. (We’ve been told the capacity for circuitGROUNDS is 32,000.) With Creamfields now joining the pool, it appears that the trans-Atlantic competition has begun to come up with the very best visual experience for festival goers.

Check below for photos of stages from last year’s EDC, Coachella and Ultra (in order), and scroll further down to see Creamfields’s new Steel Yard tent in action. 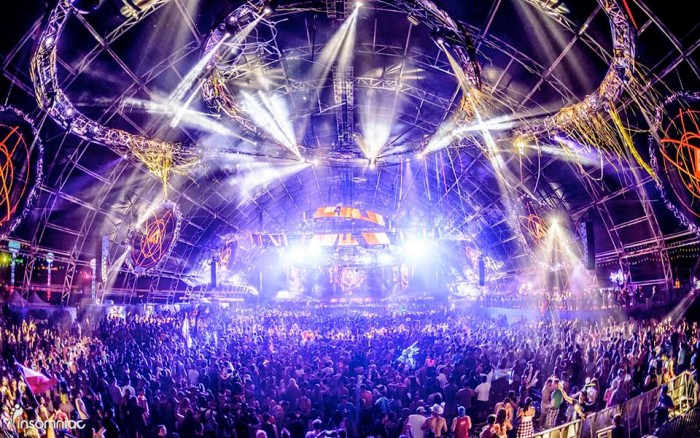 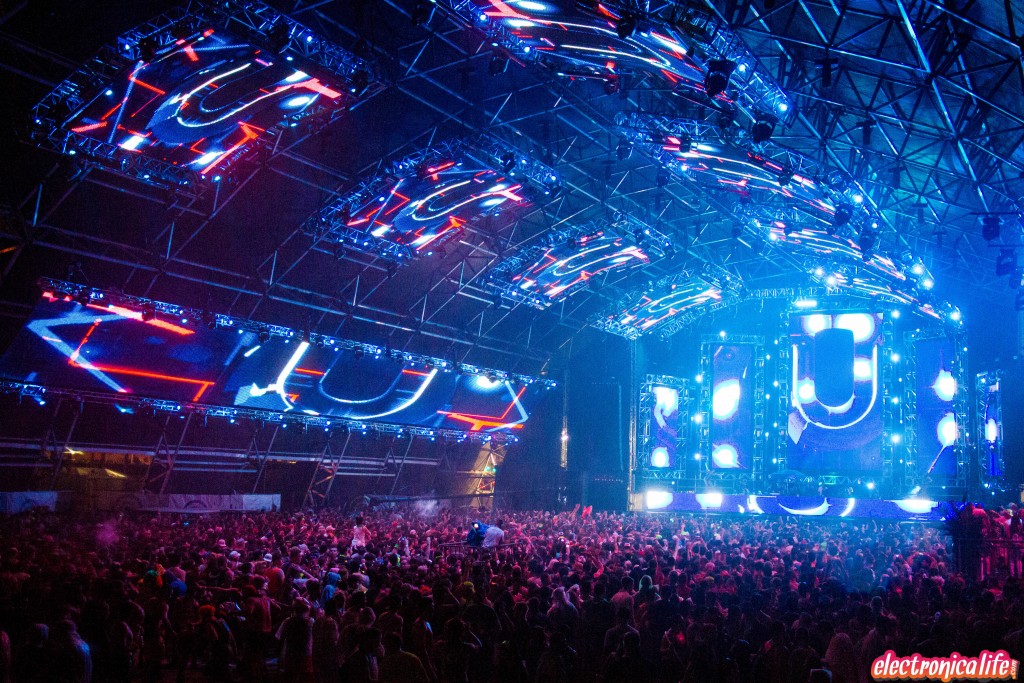 ZHU’s “In The Morning” Receives Stellar Remix From CRWNS & DEVAULT

ZHU's "In The Morning" Receives Stellar Remix From CRWNS & DEVAULT