by Your EDM Staff
in Just For Fun, Worth Sharing

It’s not every day that Calvin Harris and Rihanna release a track together (twice in five years, to be precise), so you’d expect most of the hype everywhere to be focused on them. That’s what you’d expect, at least, but the HypeM charts are showing a different story.

At this moment, Calvin Harris & Rihanna’s collaboration is sitting at #2 on their Most Popular Track list, behind a collaborative remix between EDWYNN x TIKAL & Spirix. Haven’t heard of these artists? Neither had we. Collectively, they have less than 1,000 followers on Facebook and less than 10,000 followers on Soundcloud, and yet their remix is #1 on HypeM and has been played nearly 400,000 times on Soundcloud in just four days.

Sometimes, you can’t predict how far a track will go when it’s released, but you can definitely call this a success story. You can listen to their remix of Brandon Skeie’s “So Bad” below. 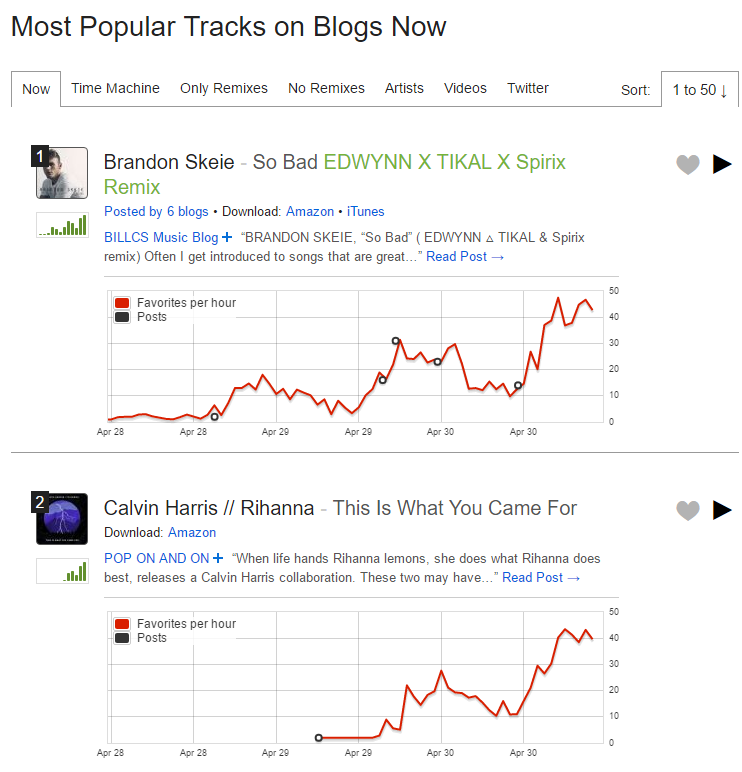 Pioneer Introduces The Latest In Its DDJ Mixer Series