Iggy Azalea Pushes Back Album Release To Include Something With Zedd

Iggy Azalea‘s forthcoming album Digital Distortion has apparently been pushed back, according to the singer, in order to include new material with Zedd.

Zedd recently responded to dozens of fans on Twitter, replying “YES” to requests for collaborations between him and a range of artists from Eminem to Nicki Minaj, and including Iggy Azalea. In fact, a week earlier, the two had a brief Twitter conversation that could have hinted at new material between the both of them. 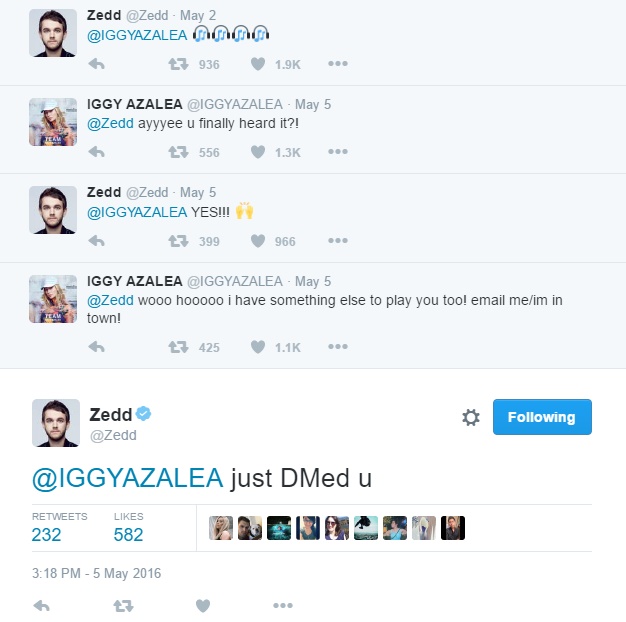 There is currently no release date for Digital Distortion.

Martin Garrix Spills The Beans On His Next Couple Of Releases

Martin Garrix Spills The Beans On His Next Couple Of Releases