Las Vegas quickly became a hub for electronic dance music during the past several years, attracting top talent to hold up residencies at numerous mega clubs and hosting one of the world’s biggest EDM festivals in the form of EDC Vegas. One of the premier Vegas resorts, Wynn Las Vegas, holds three clubs that regularly showcase the likes of Skrillex, David Guetta, Zedd, and more: XS, Surrender, and Encore Beach Club. However, it seems that owner Steve Wynn only hopes to add to his Vegas empire with a brand-new resort.

According to reports from Vegas Issues, Wynn announced that a new beach resort would be built behind his two casinos in Las Vegas, titled Paradise Park and being likened to Disneyland. The planned resort will cost $1.6 billion, and will include such attractions as water skiing, fireworks shows, and a new nightclub. Marking Wynn’s biggest investment since Encore Las Vegas opened in 2008, this new resort may very well add another next-level nightclub to Vegas’ bustling EDM scene. We can only wonder what Wynn may be planning.

Check out a mock-up of Paradise Park below: 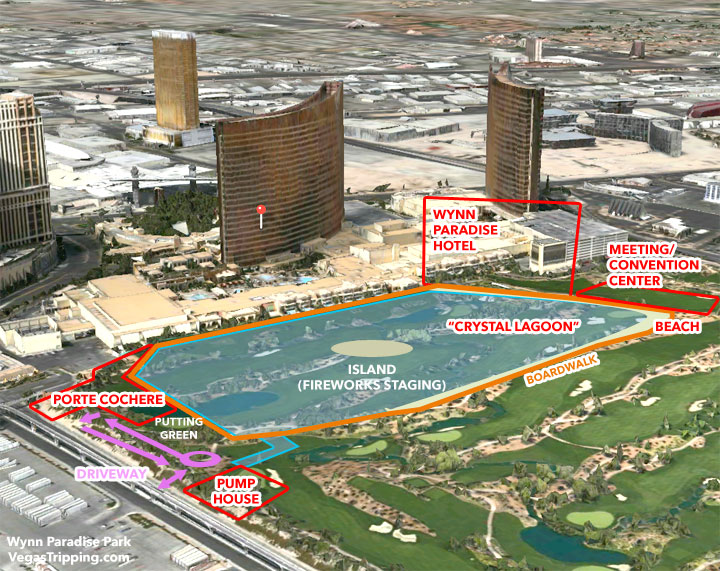 PatrickReza Got Us Saying “Who R U?”

Skrillex & Deadmau5 Have Differing Ideas On The Longevity Of “EDM”

Skrillex & Deadmau5 Have Differing Ideas On The Longevity Of "EDM"