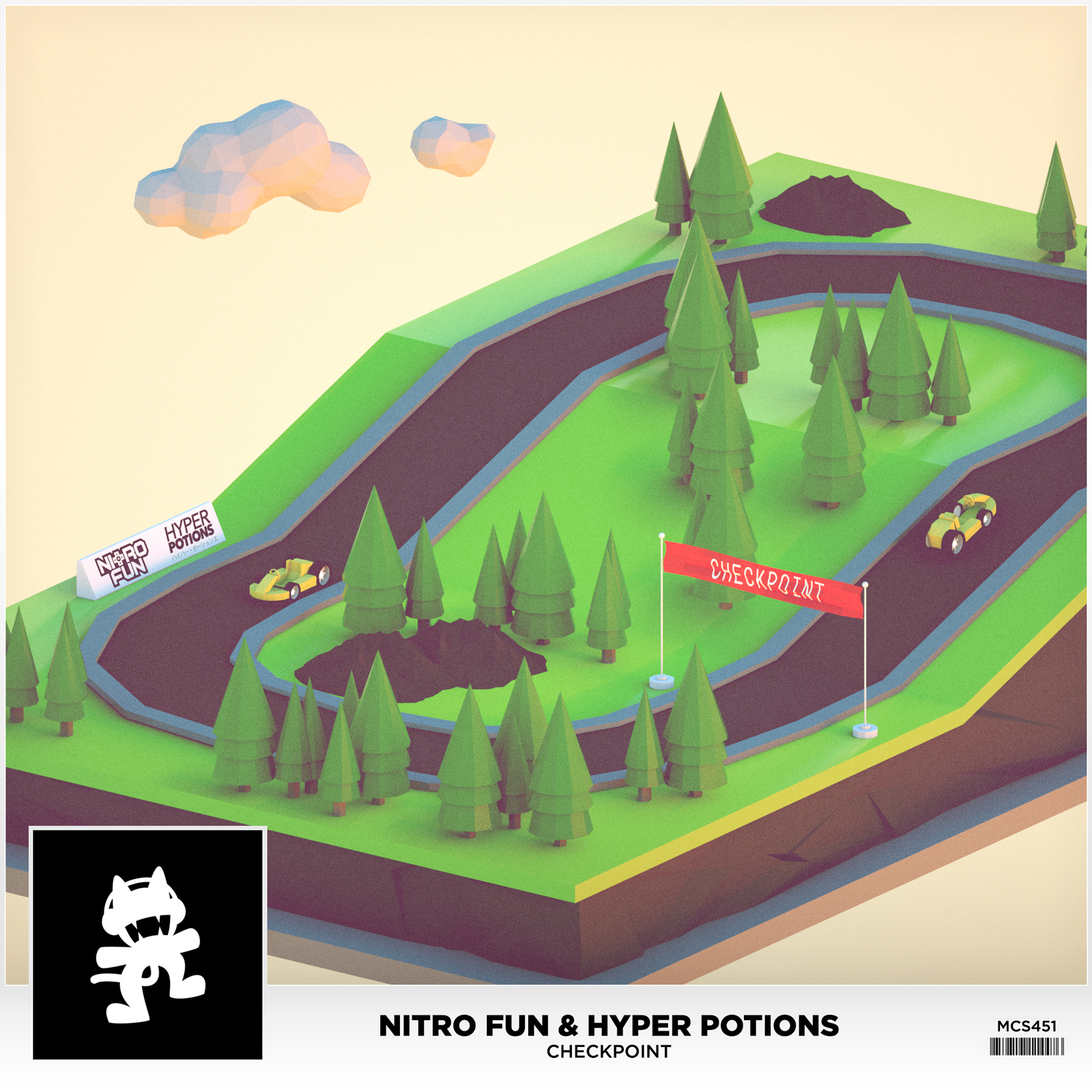 Although Nitro Fun is primarily known for his chiptune-themed house music, listeners and fans should also note his ability to push collaborators outside of their comfort zone. Both of his last two producer collaborations – “Come With Me” with Subtact and “Turbo Penguin” with Sound Remedy – were very different than most of their previous work.

This is definitely the case with “Checkpoint,” Nitro Fun’s first-ever collaboration with ultra-kawaii future bass duo Hyper Potions. Though the duo has worked in the realm of house music before (see “Unbreakable“), electro is entirely new territory for them.

Just like its race-car-themed artwork, “Checkpoint” is fun, fast paced and energetic, cranking its tempo up to 140 BPM, which is almost unheard of for electro house. The track also has a decent amount of trap influence scattered throughout, especially in its stunning third drop, which almost sounds like a cross between Hyper Potions and Haywyre. Let’s hope we hear some more music from these three fantastic producers in the near future!

Listen to “Checkpoint” and buy the track below: