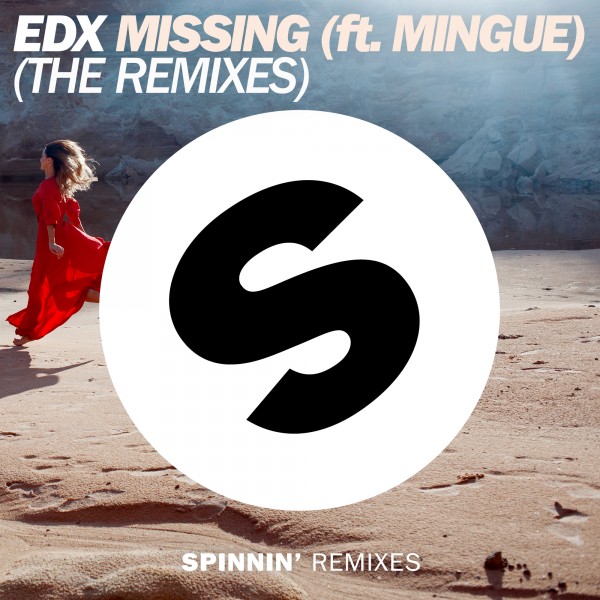 Dance music icon EDX has been taking over 2016 by storm. Not only did he recently win two EMPO awards for Best Indie Dance / Nu Disco Artist and Best Remix of the Year, but he’s about to fire up a 10-week summer residency at the renowned Privilege Ibiza, where he’ll be joined by Helvetic Nerds label mate Nora En Pure to deliver his world-class style of house music to the isle’s dance music-crazed crowds.

To further bring his highly-accessible style of house music to fans everywhere, EDX has revealed the official remix package for his celebrated single “Missing” featuring songstress Mingue. It comes as no surprise that this sultry deep house gem is sliding its way back into the spotlight. Collecting well over 8 million streams across the web, the track was a well-groomed emblem of EDX’s revered production talents and an exceptional illustration of his deep house artistry.

Set to be released on Spinnin’ Records on May 30th, the package will include two outstanding reworks from Dutch producer Joe Stone and Brazil-based duo Nytron. Keeping EDX’s signature house touch in check, Joe Stone flips the track into an upbeat piano-driven treasure combined with groovy beats and kinetic drum patterns, while Nytron’s rendition is a high-quality bouncy house cut that grooves through a combination of filtered beats, heavy percussion, and glassy synths that ebb and flow.

Take a listen to EDX’s “Missing” Remixes below.