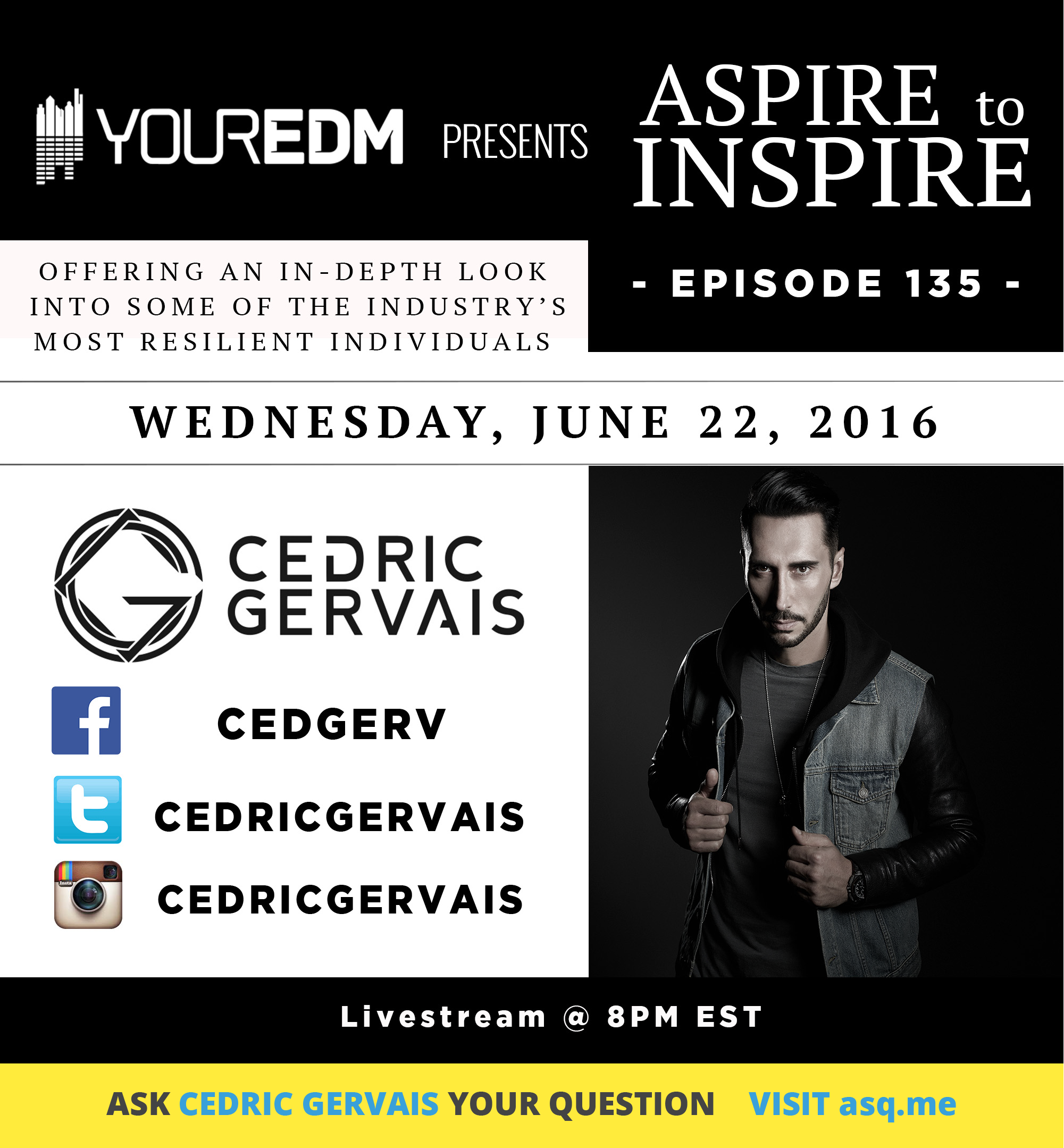 French born DJ/producer Cedric Gervais discovered his passion in life at an early age. Thanks to his father, he was exposed to a wide array of instruments, and learned about the history of music. Through this discovery period, Gervais unearthed the genre of dance music and became instantly hooked. He knew this was for him and that it would play a central role in his life. All that was left was for him to follow his dream and pursue a life in dance music.

At the green age of 19, Gervais took his talents west to the United States, and moved to South Beach in Miami. The initial adjustment to American life was difficult because of the language barrier. The aspiring DJ could not speak English and struggled at first to breakthrough in the dance music scene. He felt like his lack of communication was holding him back and recalled people getting frustrated with him because he could not properly articulate his thoughts. Realizing that proper communication is an integral part of success, Gervais made it a priority to improve his English over the next few years, and eventually became fluent enough to speak with his peers. This helped propel his career to the next level and showed that with hard work, determination, and a little patience, he could succeed at anything he put his mind to.

As Gervais’ career proliferated over the years, he took inspiration from a range of musicians and genres outside of electronic music. He specifically looked up to musicians who pursued their true passion, rather than following a succession of ephemeral trends. This mindset helped Gervais push through a tough time in his career when he was struggling to find his sound. He soon realized that the answer was simple, and began making music that he would listen to. In turn, he hopes this music affects people, whether it is simply a fun night out, or helping someone get through a hard time. Gervais believes that although music has a ubiquitous power, it still means something different to each person. This is why he has launched his own label, Delecta Records – an imprint of Armada Music – to spread a variety of innovative, quality sounds to the dance music community from both upcoming and established artists.

Gervais discovered his passion for music at an early age, but by no means has his journey been smooth. He was able to overcome tough times thanks to his relentless determination, and reverted to his inspirations when he felt lost. Always remember to never give up on anything if you truly believe in it…your inspirations will help in guiding you.

Questions for Cedric? Click the button below to submit your question and he will answer 1-2 weeks after the livestream through asQme: