Man Gets Arrested For Blaring His 80-Speaker Sound System

Any lover of dance music is more than accustomed to volume. It beats at us during festivals, we crank it when we get off work, and you know that late night cruise has to have some bass to match. Yet, there comes a time when our adoration for heavy sound gets to be a bit much.

47-year-old Nelson Hidalgo just got arrested for having the music a tad too loud in his van. However, his van packs an inordinate amount of wubs, packing in 80 units total, and costing well over $20,000. 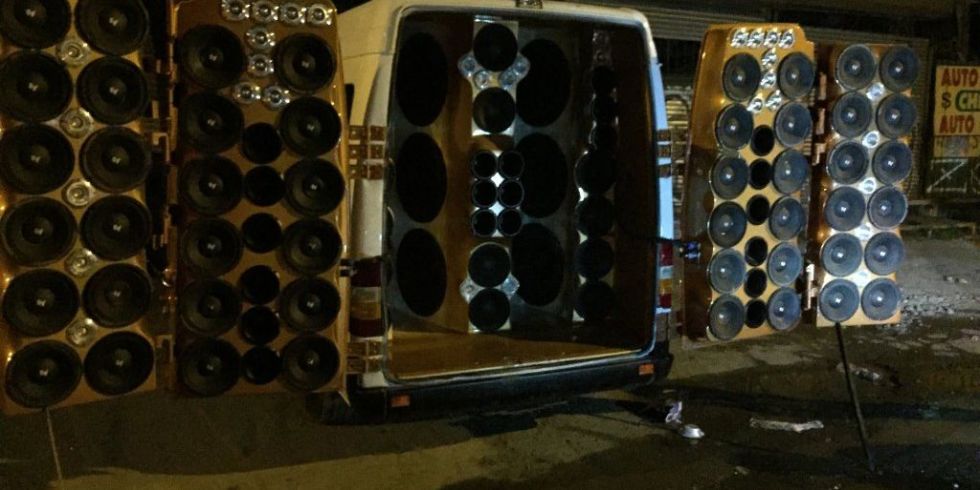 Over the weekend during a Mets game in Queens, NY, Hidalgo powered up his system to full-blast at 10:45 pm in the middle of an intersection near the stadium. The sound was so loud and disruptive that the stadium’s bullpen called the police to shut the man’s party down. Police showed up shortly after, sighting Hidalgo with what we can only imagine to be a beaming smile.

Hidalgo was arrested for the first time in his life, and charged with second-degree criminal nuisance, general noise prohibition, disorderly conduct, and obstructing the driver’s view. Though he was released without bail, no one is blaming him for the Mets’ loss that day…