If you haven’t heard of Spag Heddy yet, you’re about to hear him a lot more as he’s set to embark on his new North American tour, kicking off in San Jose this weekend at Vital Events’ Toxic Summer.

Known for his wild, melodic and heavy dubstep, Spag Heddy presents “Swarm” for free download, a whirlwind of sounds that bass lovers should be incapable of hating. Those familiar with Spag Heddy and the kind of dubstep that he produces should feel right at home with this single.

Catch Spag Heddy on tour in a city near you!

In the month of August, Spag Heddy will be doing a short stint in Australia & New Zealand before heading back to the states to finish off the tour! 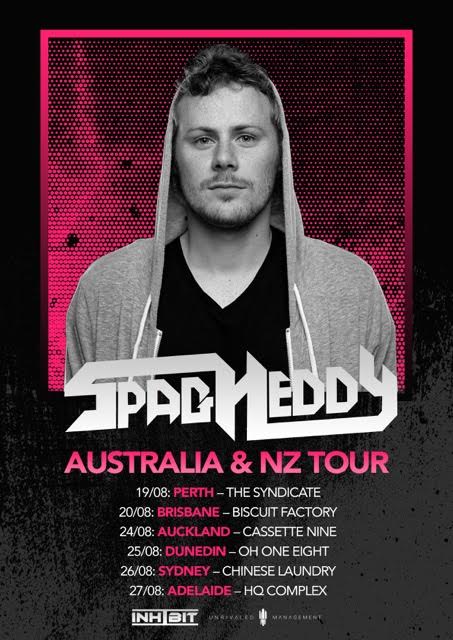