Since DEMUR first dropped his thought-provoking commentary on the EDM industry, he’s refused to hold punches, going after Spinnin’, ghost producers, specific DJs, and more. Now, he takes aim at another prominent part of the music industry – the media.

While not a direct attack on the media per se, his latest piece titled ‘WHITE NOISE’ is intended for the legions of EDM fans who determine what content gets featured and what doesn’t by virtue of clicks. At first glance, while it does seem like DEMUR is instead calling out media members for driving clickbait content, he’s since clarified his the meaning behind the graphic in an exclusive statement to Your EDM, and called out fans who are the real determinant on what content goes viral and what goes unnoticed through their ‘likes’. 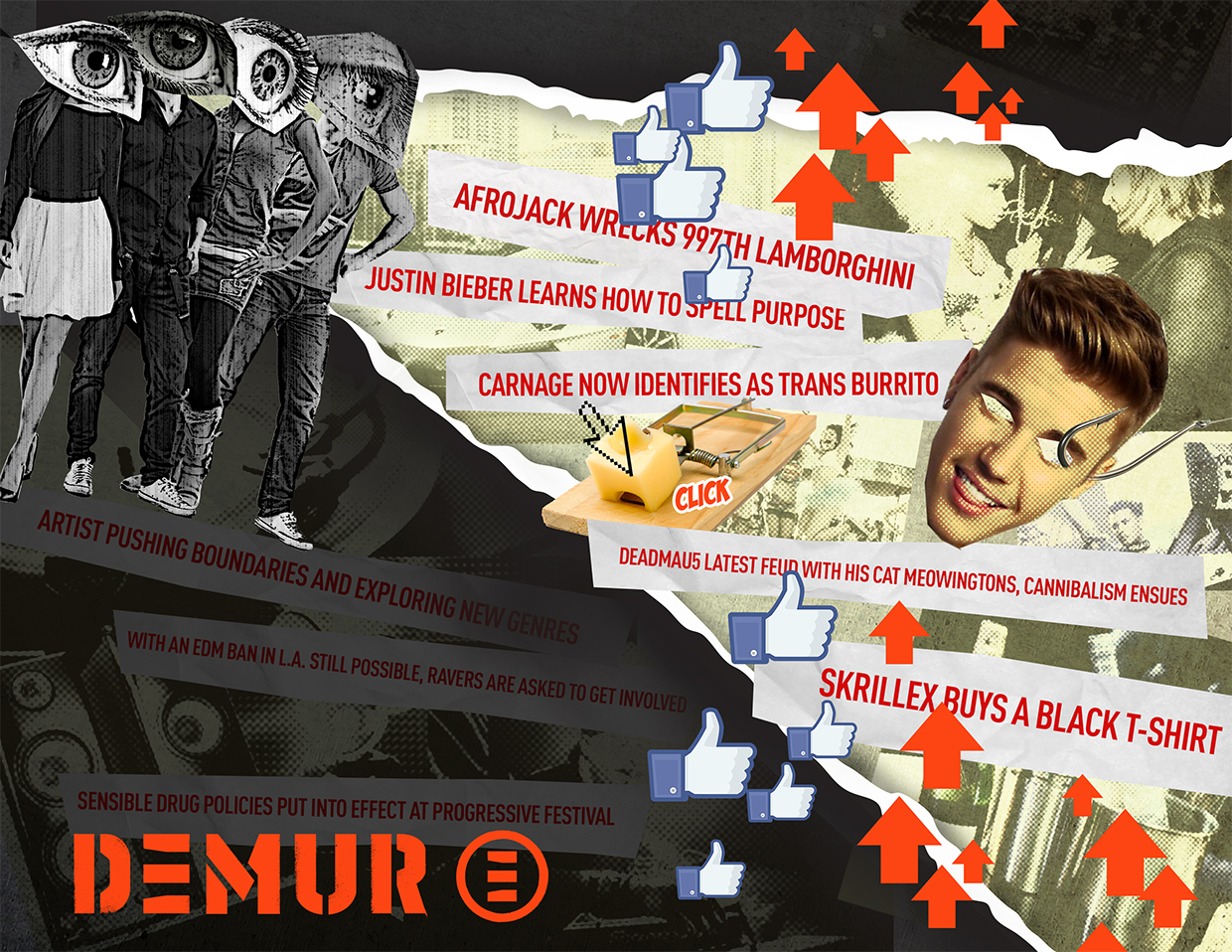 The whole point of the piece is to show that people’s eyes gravitate towards less intellectual headlines instead of the more important, substantial stuff that’s on the darker side [of the photo].

Whether or not you agree with DEMUR’s sentiment you can definitely agree that there’s a lot of truth in what he has to say and the numbers here at Your EDM show that.