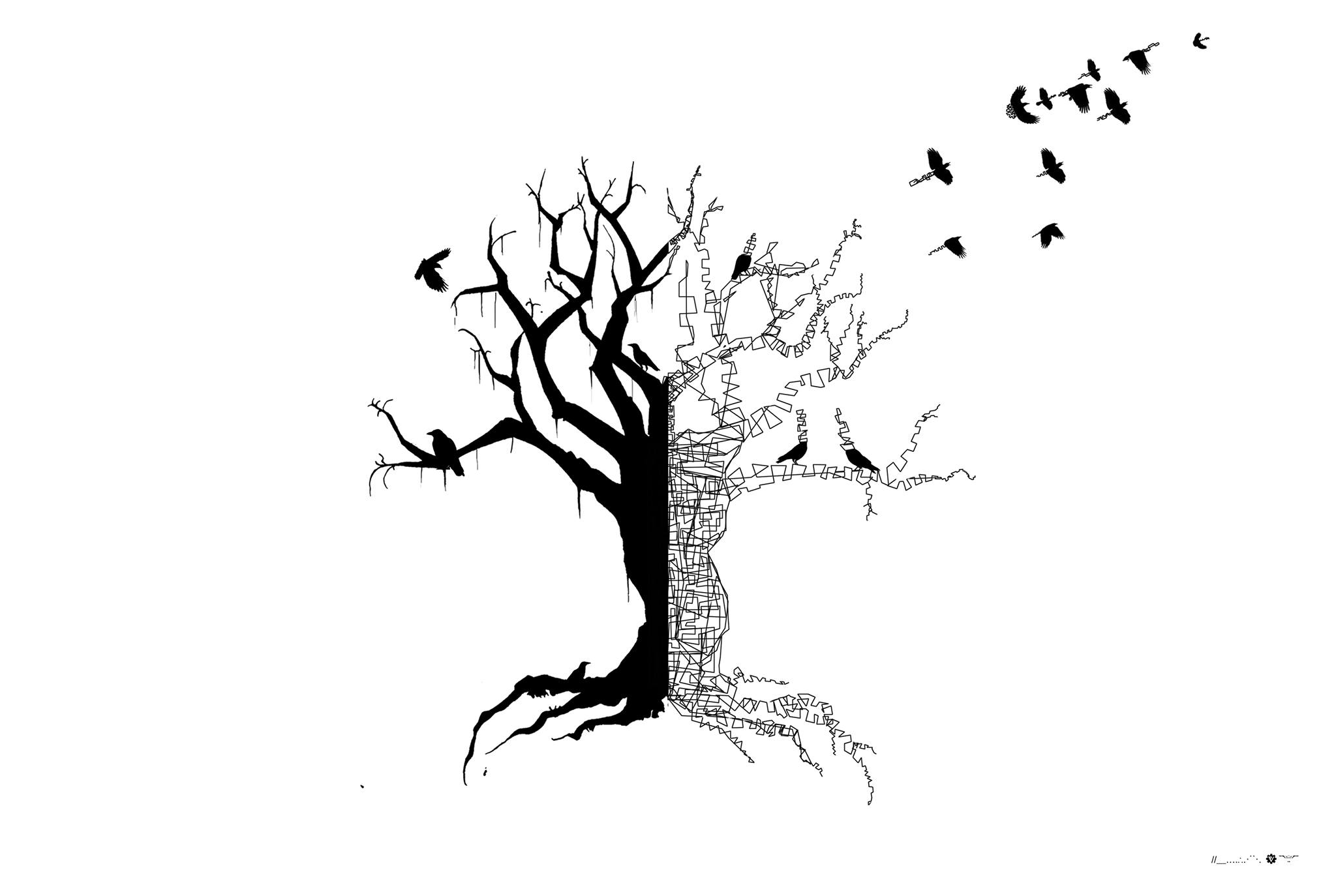 Some of you may remember my album review of The Replicant by Koronis. Some of you could possibly recall my reaction to a piece of this magnitude. If you do by chance, reminisce with me for only a moment. A beautiful collection of soundscape projects in partnership with the future sounds of jungle drum and bass that seemingly took the world by surprise. In addition to the LP itself was a contemporary art show that coincided with the the album release. If you weren’t in attendance, fear not. There will be yet another opportunity to take part, and act as just another lowly neuron, firing back and forth in the creative workings of Jesse Koronis’ mind.

In fact, that’s why we’re meeting here today. I requested a meet to discuss his next showcase. This time, a musical interpretation of a classic movie, one night only, never to be released.

Hey Koronis! Thanks for meeting with us to chat about your next project/event. Can you tell us what it entails and how it came about?

Thanks for providing this outlet for me to talk about my Alice project. It’s a little on the hush hush side, but what I’ve done is to entirely re-score a 1951 animated classic film. A film, which I think, most of us have some sort of connection or memory with. The idea for this event sprang out of the need to get my work out there but in an alternative way. I also wanted to push myself. Writing a song organically has it’s own problems, but there is still a lot of freedom in that process. In using a movie with an established running time, theme, etc… I had to work within certain confines. Also, the movie is one that many people will have a personal attachment with and so to some degree, I am asking them to give up that previous relationship and give me a go.

Tell us a bit about the writing process that goes into something like this. What headspace must you be in to truly encapsulate something so different?

I had to become a bit more vulnerable to create this work. I had to give up a lot of notions about who I am, what I can sound like, and what other people expect from me. I also had to constantly keep in mind how the movie was unfolding and how I could attack it differently. It was very important for me to not just re-do the music that had already scored the film, instead, I was looking to evoke different emotions and to possibly re-shape the film’s story through my music. The piece itself runs the entire length of the movie and is a patchwork of original music and music that I have curated and manipulated.

How can fans prepare themselves for a show of this sort?

It definitely is going to take open mindedness on behalf of the audience and for the audience to not take themselves or their surroundings too seriously. Also, the venue is very intimate and seating is limited. Pre-sale tickets are currently being hosted by Resident Advisor. Lastly, at least for this show, we will be respecting the times we have laid out for doors and viewing. If you miss part of this event (or even the whole thing),  that’s it.  This work will never be released or recreated.

After the success of your first art/ music showcase in celebration of your album The Replicant, how excited are you to move forward with something as intricate as this?

I was overwhelmed with the positive response and support for my art show/record release for The Replicant.  And while I’m stoked to showcase other aspects of my work, I’m of course nervous. Especially with this being an atypical show I don’t want to disappoint the audience or ever appear as if I’m not moving forward.

What else is on the horizon for Koronis?

Right now I’m a little all over the place. I’m studying the piano and composition, I’m keeping my eye on releasing a full length album next year with a  concurrent multimedia art performance, and maybe I’ll be able to produce this little experimental notion I have for Record Store Day.

Lastly, any final words to your fans?

Thanks so much for taking the time to explore my work and support me while I continue to experiment and grow. I hope to see you all out there for the Alice project. Details are below.

“Man cannot remake himself without suffering, for he is both the marble and the sculptor.” – Alexis Carrel

Part of being true to yourself and shaping who you are as a person comes from periodically shifting the tides of your own oceans. By never settling into a certain comfort zone, head spaces clear. I firmly believe that an artist has to constantly rebuild themselves in order to stay true to themselves. I also firmly believe, that this show will be a textbook example of that. Step outside the box with us, on August 14th.