If I had to pick an event that would see global social media interaction reach close to half a billion… I probably would have picked the World Cup or the Olympics. Instead, it’s Tomorrowland 2016 that absolutely dominated social media like never before.

We’re now just over three weeks removed from the festival which took place over July 22-24, and according to this handy infograph they’ve provided below, over 175 million (!!!) people interacted with one of the official Tomorrowland sites, and they had over 490 million touchpoints. That’s an absurd amount of interactions.

Here are some numbers, feel free to consult the graphic at the bottom for more.

The numbers for the live stream have also released and though they aren’t as impressive as the social media numbers, Tomorrowland should nevertheless be proud of the product they put on for those not fortunate enough to make the trek out to Belgium. There were 13.7 million total live stream views from 4.2 million viewers. For the first time ever, China was also able to stream the event contributing 1.8 million unique views. 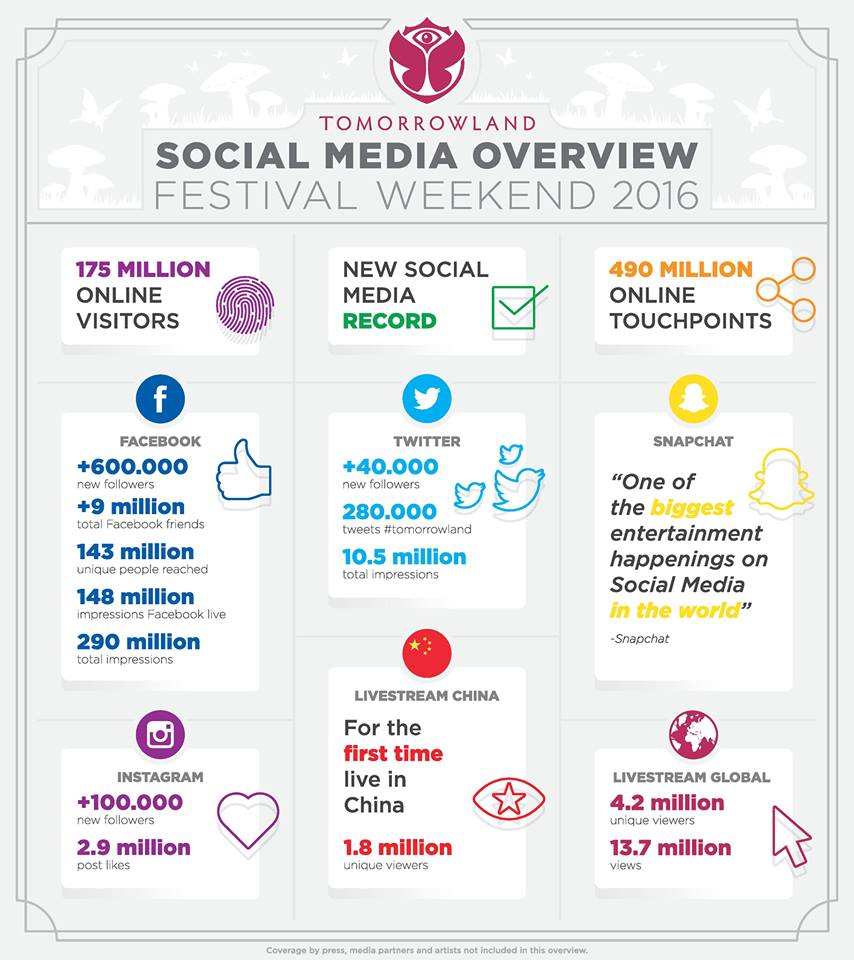 Diplo Trolls Interviewer, Claims He Needs Hypnosis To Deal With Stress Of Fame