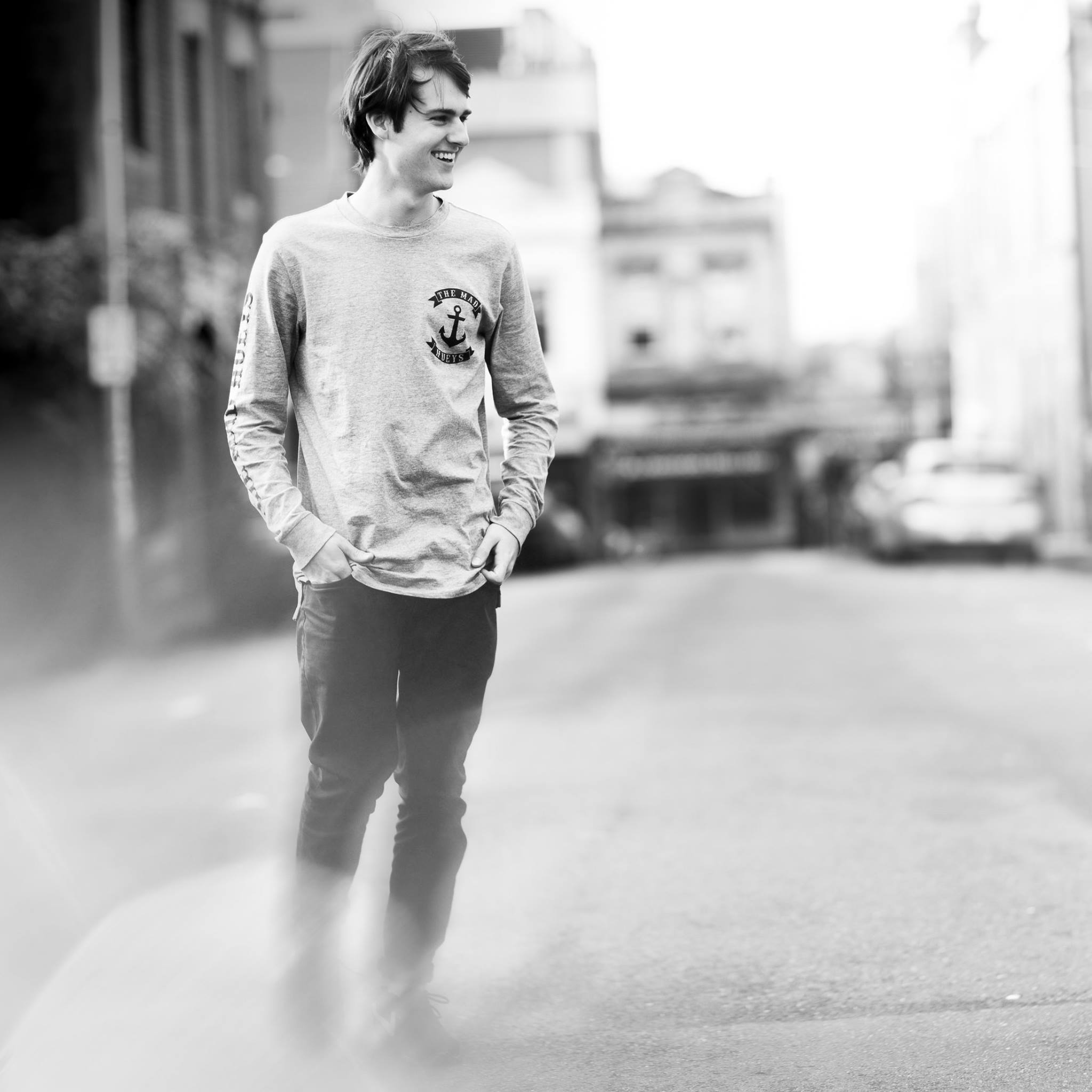 Hillary Clinton Playing His Track, Preparing For A Live Show And Describing “Dirty Disco” A Discussion With Throttle

I admittedly am one of the newer fans of Throttle. I fell in love with the Australian producers sound back when he released last year one of his biggest tracks of all time titled “Together” with David Spekter. “Together” went on to be played at Hillary Clinton’s presidential rallies in various states across America because of its upbeat unifying sound. I got to sit down with the man behind the magic, Robbie Bergin for his second time playing in New York City. The first time being EDC New York to now playing at Heldeep Island in NYC along the likes of Oliver Heldens & Chocolate Puma. Throttle had the energy and motivation I love seeing in all young and upcoming producers, he was very upbeat and willing to talk about anything and everything music related as well has his plans to pursue the goals that he so deeply strives for. Check out our interview below:

You just got back from your first Tomorrowland, how was that?

It was amazing; it’s really unlike anything I’ve ever seen before. It was like the same level as EDC Las Vegas as far as the set design and how much effort goes into it but they spin the festival into a completely different thing. They’re going for a Disneyland vibe, which is just amazing; the whole festival is super cool. I played my set at The Sound Of Tomorrow Island stage which was incredible then I went onto the main stage with Oliver for our track “Waiting”.

The Democratic presidential nominee, Hillary Clinton has been playing out your track “Together” at some of her rallies, do you know if she is still playing the track?

I’m not sure to be honest, we tried to get some video footage of her playing it when she was walking out but we never got it.

How does it feel to essentially have one of the most powerful people in the United States, Hillary Clinton playing your song?

It’s crazy, when her team reached out to us we thought it was fake but eventually everything got sorted out and they started playing it at their rallies which is absolutely just crazy to think about!

In your own words describe the sound “Dirty Disco” that you’re known for.

It’s essentially taking all the magic and fun side from 70s and 80s disco and combining it with the gritty and dirty sounds of electronic music then bringing all that back in my own unique way.

You’ve mentioned you want to take electronic music back to its roots, such as bringing back instruments and getting a whole band to perform for live shows, when can we expect that?

It’s tough to say when because its really on how travel goes, what shows I end up playing, the sort of fees, how accessible the live band is for certain venues, so its hard to say when but I’ll gradually be introducing it over the next 5 years. I will personally be doing more and more guitar soon though and then singers will join but working towards a full on band but is definitely going to be a gradual process.

Oliver revamped “Meet Her At The Love Parade” and you revamped Earth, Wind & Fire’s “September”, do you have interest in bringing back classic dance tracks to life again?

I think for the most part I am going to be releasing more singles as of right now. It’s going to be more revamping of disco stuff rather than revamping house stuff from the 90s. For me I want to take something out of the context that it was originally in back then, still in a fun disco-y way but take it into new places that, the song may have not been able to go when it was out. I’m also working on original material that takes inspiration from older disco but sounds totally new and refreshing.

So I just got back from seeing, Niko The Kid for the first time whose track “Slip Away” was featured on the Heldeep talent pool EP. I understand you two have collaboration in the works, what can we expect from you guys?

Right now it’s pretty instrumental, it’s kind of like “Slip Away” meets “Money Maker” it’s this really funky future house tune. We are working on a vocal right now, which has taken a long time. We have had some many different vocals and I have written a couple but none of them seem just right yet, so we are still working on that. We will definitely put out a clubby version first then release the full version.

Your track “Money Maker” has been out for sometime and you’ve kept on teasing us about the vocal edit, when can we expect that?

It’s finished and there’s an amazing music video for it. One of the featured artists on the track had some troubles in terms of sorting things out with labels. That was a delay but it’s all done now so it should be out within a month.

Who are your dream collaborations?

I would love to collaborate with Justin Timberlake and more recently it’s been Brendon Urie from Panic! At The Disco. I actually wrote this song with David Spekter that is perfect for Brendon, so Brendon is definitely a dream collab in the near future. There are just so many guys outside the dance music world that I want to collaborate with, I want to go beyond dance music I think that worlds kind of collapsing in on itself. I think it’s important to branch out as much as possible and I think it’s easier to go into my plan for a live show with pop guys rather than dance music guys.

What is a goal of yours that you think you can accomplish within the next 2 years?

I would really love to have a top 5 in the UK, I really want to play the Tomorrowland main stage and within the next 2 years for sure have started some form of a live show.

It seems to me that you really want to focus on getting the live show and production really out there rather than say working on an album?

I’m focusing mainly on singles to be honest. Until I’m in a place where an album makes sense it’s pointless for me. I want to make it very clear to everyone what my sound is before releasing an album so it doesn’t confuse anyone.

What was the last song you listened to in your free time?

“Death Of A Bachelor”, Panic! At The Disco.

Who is your DJ family (father, mother, brother & sister?)?

I always say Oliver Heldens is my brother but for the sake of this I guess he would be my father. Niko The Kid would be my brother; sister I would say is Helena she’s under the same management company as me and is a really good friend. I don’t know who the mom would be though. Helena is the only female DJ I am close with so I guess she would be the mom and sister in an interesting family situation.

Still Taylor Swift, also Selena Gomez she’s done a huge turn around I love all the new stuff she’s been putting out.

I know it’s super cliche to say but honestly I see no signs of Throttle slowing down anytime soon. Not even that he has plans for a live show and collaborating with artists outside the dance scene but solely based on his music style “Dirty Disco”. Throttle has been paving the way with his refreshing funky electronic disco sound. Bringing back to life the sounds of the past in a way that wasn’t able to be heard back then is exactly what Throttle has accomplished!