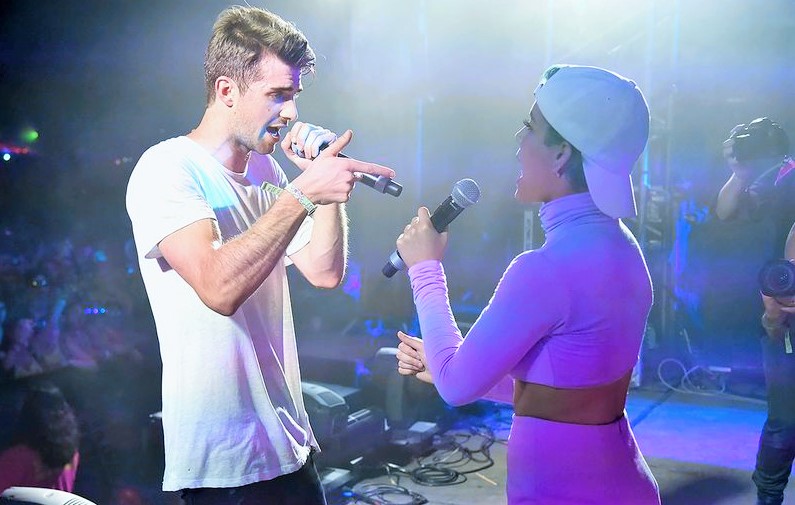 Dance music massives Drew Taggart and Alex Pall, aka The Chainsmokers, have been absolutely crushing with their simple yet overly catchy and infectious tracks in the last year. From their single “Roses” becoming the song that swept the nation and became the theme song for every college girl’s summer romance, to “Don’t Let Me Down” becoming an instant sing-along-to-your-car-radio hit, they have been keeping momentum high with their instantly recognizable style and sound. Just off their latest “track of the summer,” The Chainsmokers teamed with rising namesake Halsey for their single “Closer” which has instantly received praise from music fans worldwide.

Fans of Halsey were in for a surprise though as The Chainsmokers joined the rising talent at her sold out show at Madison Square Garden on August 13th. Taking the stage with the famed singer, The Chainsmokers played a live rendition featuring guitar, drums and even Taggart’s live vocals in a powerful duet alongside the Badland’s Queen. Fans lost their minds at the event as Halsey welcomed the pair on stage, but don’t take my word for it. You can check out a video of the special performance below.