On August 18th, Exchange LA was home to one of the better bass-music shows I’ve seen in recent memory, courtesy of Insomniac’s Bassrush off-shoot. The last Insomniac event I found myself at was Countdown NYE so I knew they were capable of throwing a top-tier dubstep show, and this was no exception. PhaseOne, Jackal, and the legendary SMOG head 12th Planet were gracing the decks, relentlessly dropping banger after banger in what was a near-flawless event.

The only downside to the night was the Exchange employees’ organization at the front door when I got there. Venue employees and security kept moving people waiting in the VIP lines, messing up the order as people tried to rush to the front of the new line. I ended up missing PhaseOne’s set because of this, but chatter in the crowd unsurprisingly suggested he threw down hard.

I wasn’t sure what to expect when I walked inside, as this was my first time at Exchange, or any LA nightclub really. I got in right at the start of 12th Planet’s set, and was a bit surprised to find that there was an entire second floor that held the main stage and the best L.E.D. backdrop I’ve ever seen in an indoor club venue. 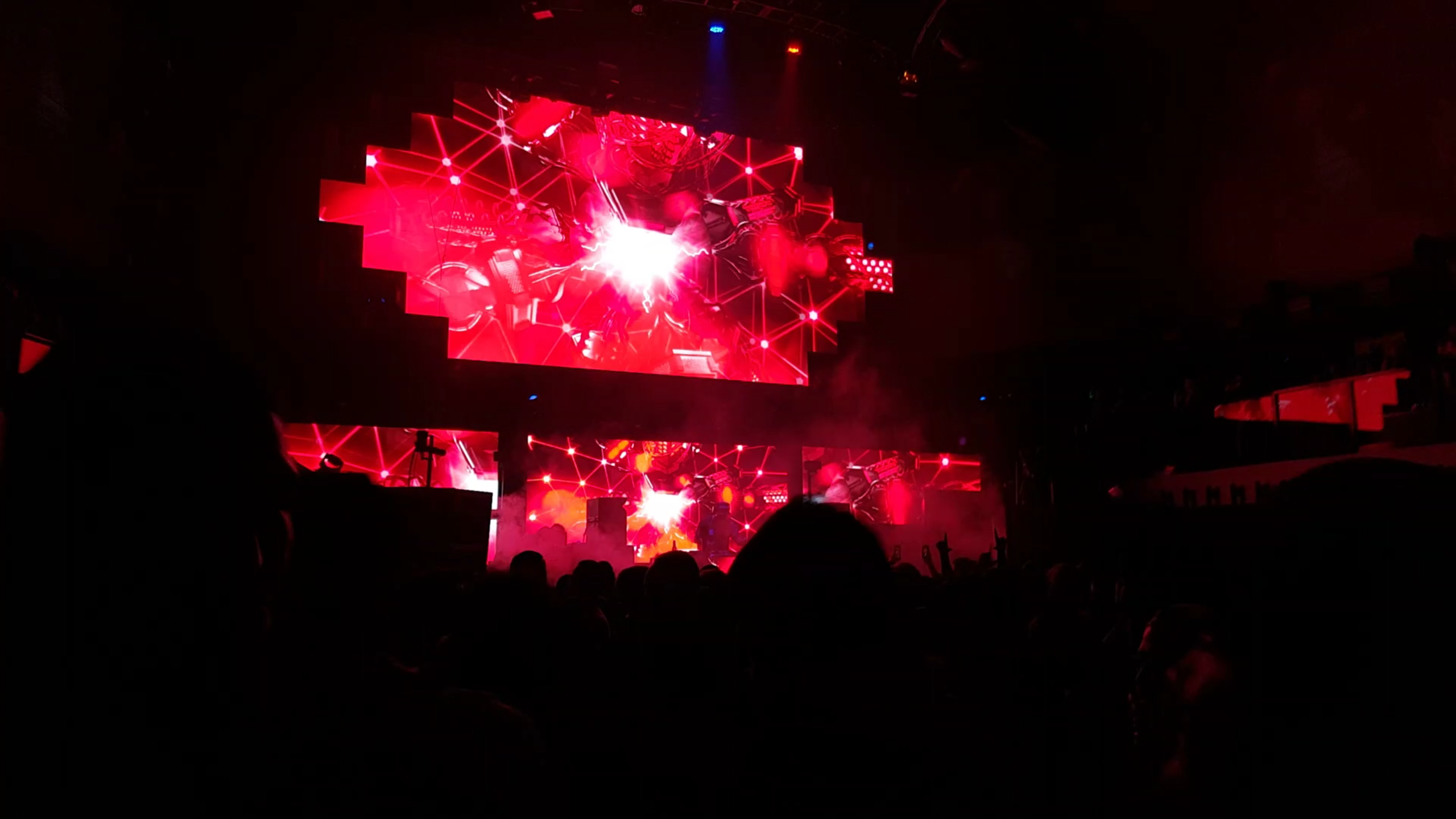 My picture doesn’t really do it justice; it seriously outdid some festival visuals I’ve seen, providing the perfect accompaniment to the filthy music being played. 12th Planet dropped a set chock-full of that heavy SMOG-sound he’s so finely curated over the years. He played all the classics along with the new up-and-comer releases, maintaining energy in the crowd the entire time. Jackal took over for the last set of the night, holding nothing back for the many that decided to stay after 12th Planet. He played an aggressive mix of trap, bass house, and dubstep, satisfying nearly all spectrums of bass-heads in attendance.

As if anyone didn’t know already, Insomniac can really throw a party. They’ve developed an almost cult-following with Bassrush, as they book only the best names for their shows. The lineup was brilliant and the crowd was full of life; it was a perfect combination that resulted in one hell of a show. Anyone saying “dubstep is dead” clearly hasn’t been to a Bassrush event.