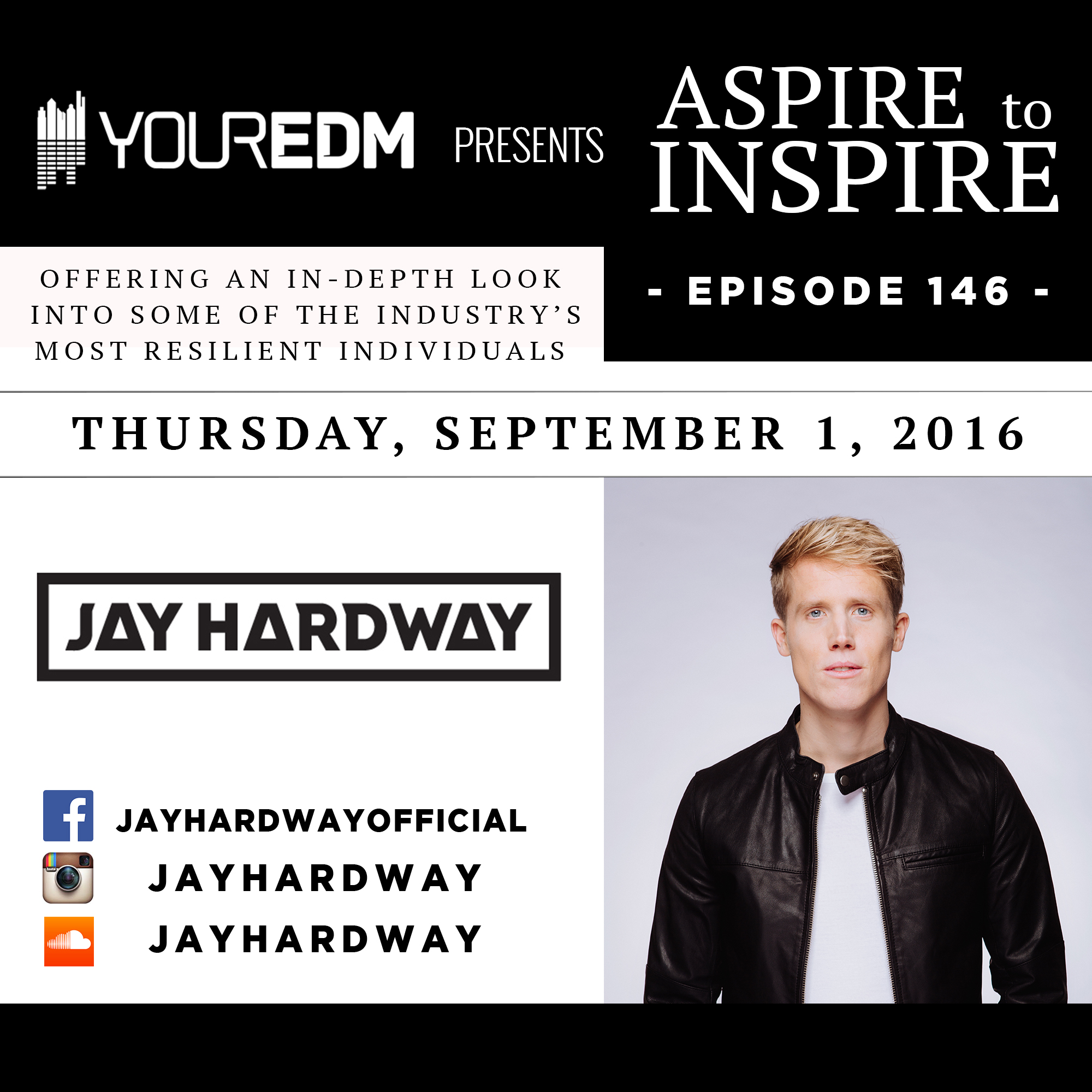 More often than not, our dreams consist of life-changing moments and achieving the unthinkable. Other times, however, it’s just the little things that make us the happiest. For Jay Hardway, chart climbing house producer from the South of Holland, some of those moments have become the most cherished memories in his career.

Ever since he was a young boy, Jay Hardway has always been the type to live in the moment. While many youngsters spend their time dreaming of the big picture, it was always important to him that he take on the world day by day. As he puts it, living in the “here and now” is the best way to take in as much as life has to offer.

In his late teen years, after building up his producing abilities for about four years, Jay finally started to see the positive feedback and validation he had been searching for.

“I always posted my music on forums like the Laidback Luke and Vato Gonzalez forums to get feedback from other producers on there. One day I posted this track on Vato’s forum called “Freedom” as a preview and the response was very positive, which was kind of unique, because the people on that forum were always very honest. At that moment I realized I could create something special, especially with my melodies. I always kind of knew that, but this moment was literally the turning point where I knew I would have a chance to have a career in the music industry.”

Sometimes all it takes for us to shift our energy from potential to kinetic is that little bit of recognition. While patience and believing in ourselves may sometimes be the hardest things to master, they are often the most important parts of achieving our goals the right way. According to Jay, staying on the right path and listening to what our hearts tell us is imperative. Expecting good fortune to turn up out of the blue is detrimental because success takes time.

Aside from learning how to observe patience, many artists also struggle with the social aspect of the music industry, as well as the image they project to their fans and loved ones around them. Jay dealt with this firsthand as there were many people in his life who didn’t necessarily understand his journey.

“Really cliché, but a lot of struggles had to do with the people around me and the whole way society thinks you “should behave.” People didn’t like my music, told me there was no future in it and told me to get a “real” job. It was difficult to see so many people around me heading in a direction they knew was the right one, the one towards a “real” job and normal life, while I was thinking totally different and saw so many possibilities of what to do and what direction to go in. This can be really lonely at times. Even with the support of parents and friends. My parents and my close friends always supported me in what I did, but in the past they didn’t always understand where I was going and why.”

When we don’t have the support we need, the process can take a bit longer than we may anticipate. The love and support surrounding an artist can catapult their energy or halt it if it isn’t there. When Jay first started he struggled a great deal with producing. By devoting countless hours to developing his craft, he began to see a higher, more positive energy in his songs that he really enjoyed. Music can be a very trying and emotionally demanding craft, but by allowing himself to find his own way through the creative process and never settling for less, Jay has certainly reaped the rewards.

As someone who always puts on a show and throws down a set that isn’t quite like anyone else’s, one of Jay’s biggest inspirations, Laidback Luke, aligns perfectly with the outlook Jay has on the music industry and its processes. Jay has always believed that making your own music and having your sound remain as original as possible is what allows you to stand out from the rest of the pack.

When it comes to his views on what the music industry needs, this is what Jay had to share.

“The music industry needs to get rid of ghost producers. It makes absolutely no sense if you’re a DJ selling other people’s tracks as if they were your own, especially if you’re not involved in the creative process. That’s not being an artist to me. We need real artists who struggle in the studio to create something original. That’s the only way to keep the quality of the music high and keep it interesting. I always produce every track myself, from beginning to end. I think that’s my way of contributing; I want to show people it’s still possible to be original.”

When we are all able to work together in every day life, as well as music, that’s when beautiful things start to happen. By being ourselves, sharing our own creativity with the world, and pushing through struggles together rather than on our own, we start to see a change for the better.

“I want to see more love and respect for one another. Not only in the big conflicts and wars in the world, but especially on a small scale. It’s important to respect everyone you meet, and don’t forget that a simple smile can help someone a lot.”

By embodying this ideology in his everyday life, Jay hopes to spread the love and positivity all over the world. One show, one festival, one fan at a time.