by Jeffrey Yau
in Interview, Video

Steve James might only be 18, but he’s already far accomplished more than most at his age. While I, and most of you, were busy deciding on university, he was busy producing “Purpose” for Justin Bieber while collaborating with LIGHTS, Martin Garrix, and more… No biggie.

In this interview with Grammy Pro Steve discusses his debut Vegas show (Wet Republic with Martin Garrix), his musical origins, and working with Bieber. Whether or not you’ve heard of this kid, be sure to check out his biggest original release below.

Apparently, Steve’s been playing piano since the tender age of four and had Ableton downloaded right around 12 or 13-years-old thanks to his older brother, who not only introduced him to the likes of David Guetta, Avicii, and Afrojack around 2011, but also gave him his first ever computer.

Steve also revealed that he’s been in the studio with plenty of songwriters, including Matthew Koma, LIGHTS, and Martin Garrix over the past several months. With regards to Martin Garrix, Martin was nice enough to invite him to join several upcoming tour dates and carve out some more studio time. While his dates with Martin have finished, Steve is still going to be on the road through 2016, but more on that here!

Stream the full interview below to learn more about Martin Garrix’s newest prodigy.

Steve James continues on his Senioritis tour in Philadelphia tonight. Check out his schedule below and get tickets here. 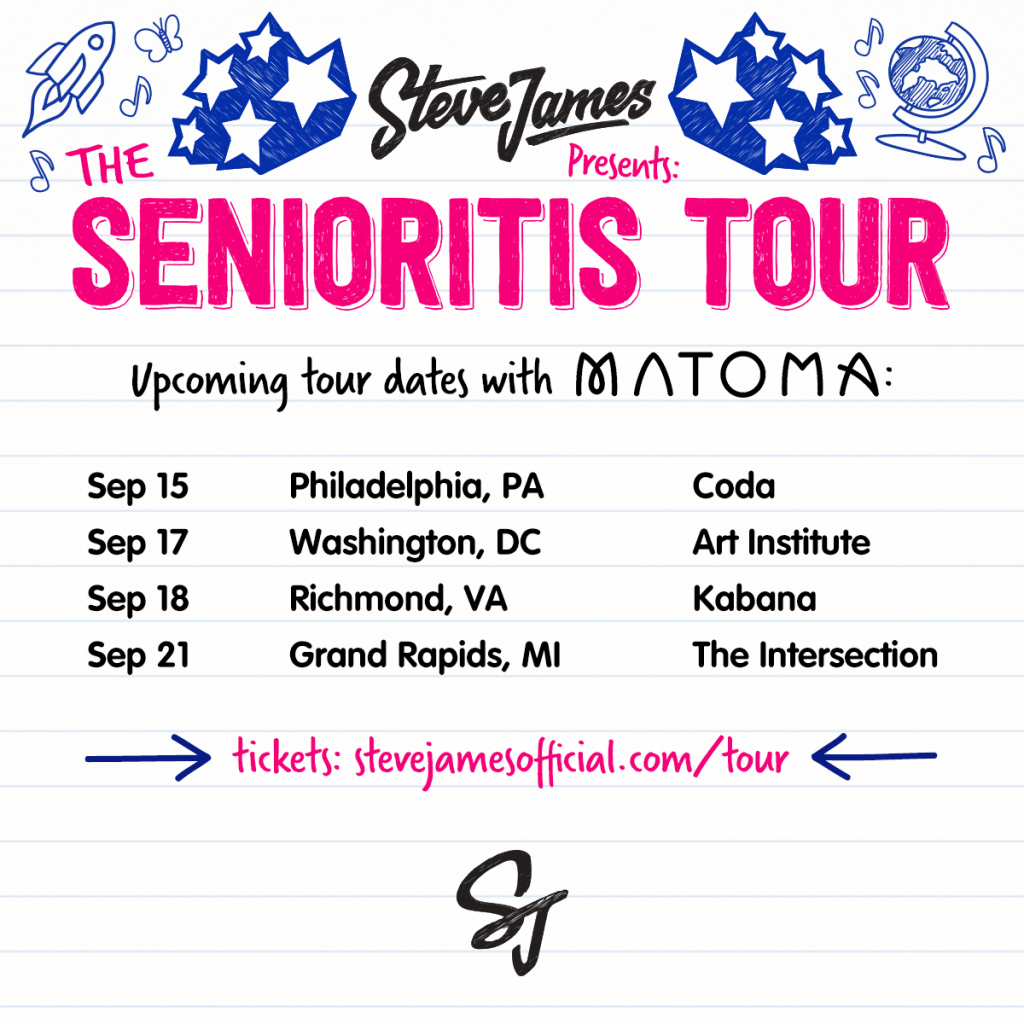 The Chainsmokers’ Andrew Taggart Reveals His Political Leanings Ahead of Election