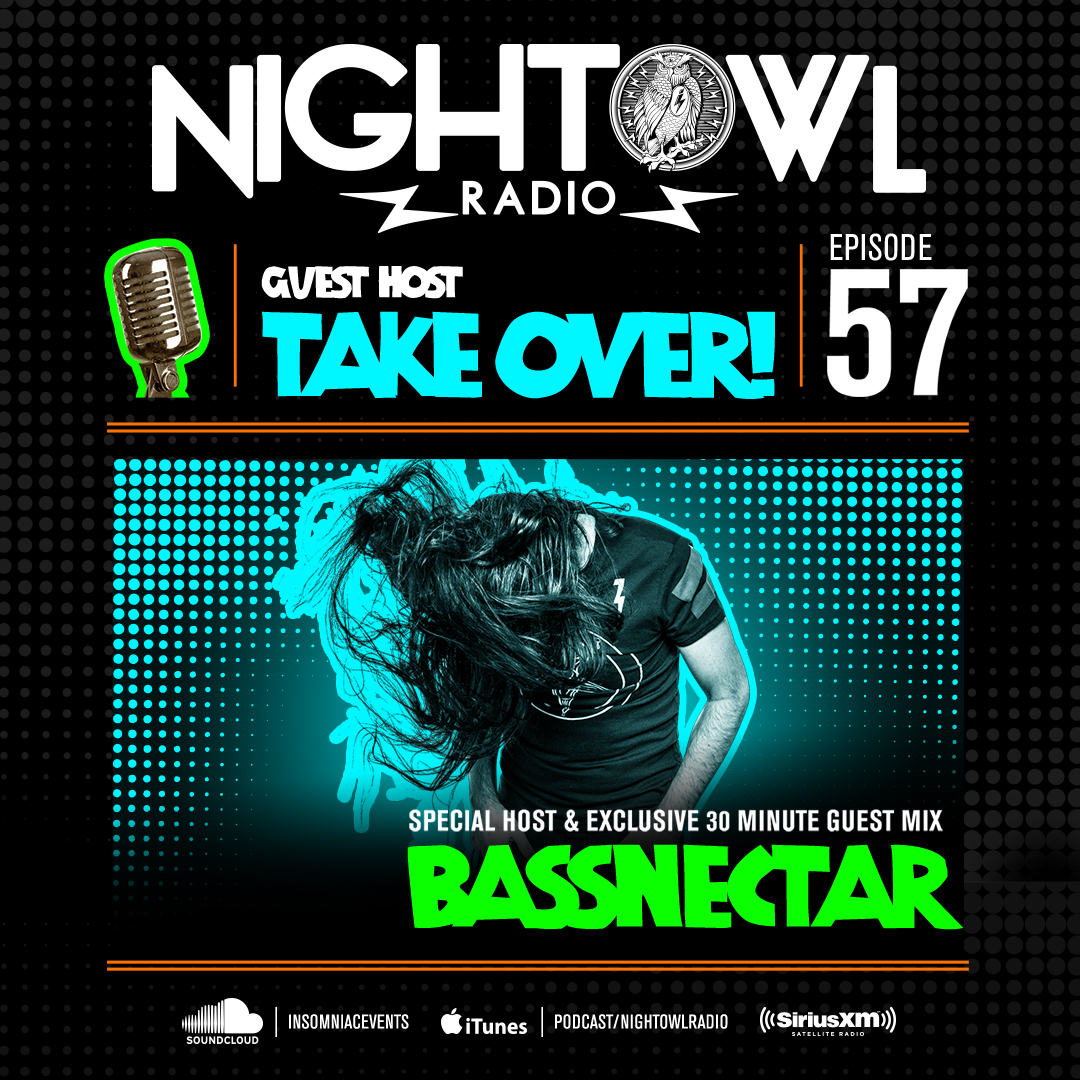 Right in time before Bassnectar is bound to break the necks of those who will be at his appearances for Life Is Beautiful in Las Vegas and EDC Orlando the unanimous king of bass music is taking over episode 57 of the Night Owl Radio run by Insomniac Events the birth child of Pasquale Rotella.

Bassnectar premiered his new track “Interlock” with Atlanta duo ATLiens as well as a bunch of new exclusive edits for the mix. Lorin even stopped the mix for a little while to announce that he was also finishing up a collaborative EP with G Jones that will be out on Amorphous Records “sometime soon.”

In addition to the brand new mix on Night Owl Radio, Bassnectar took to Twitter a couple of days ago to announce that he had been hard at work on 2 new mixtapes.

spent the last week of life locked away in the labs working on two new mixtapes & a radio broadcast… #INCOMING!!!!

Check out the tracklist to Bassnectar’s takeover on Night Owl Radio Episode 57: