Calvin Harris‘ career has skyrocketed to new heights today, as it was announced that his track “We Found Love” with Rihanna will join only 10 other digital singles as a certified diamond record. For those unfamiliar with the requirements of the RIAA rating system, this means that the track has sold over 10 million copies since its release in 2011. Wow.

The track was also the first to be added to the list since January of this year, with “Poker Face” being the other most recent addition. When he found out the news, Calvin Harris took to Twitter to offer his thanks to America and the RIAA for helping him reach such a significant milestone. An enormous congratulations to Calvin for the incredible achievement!

Check out his tweet below, and scroll further to revisit the song itself. 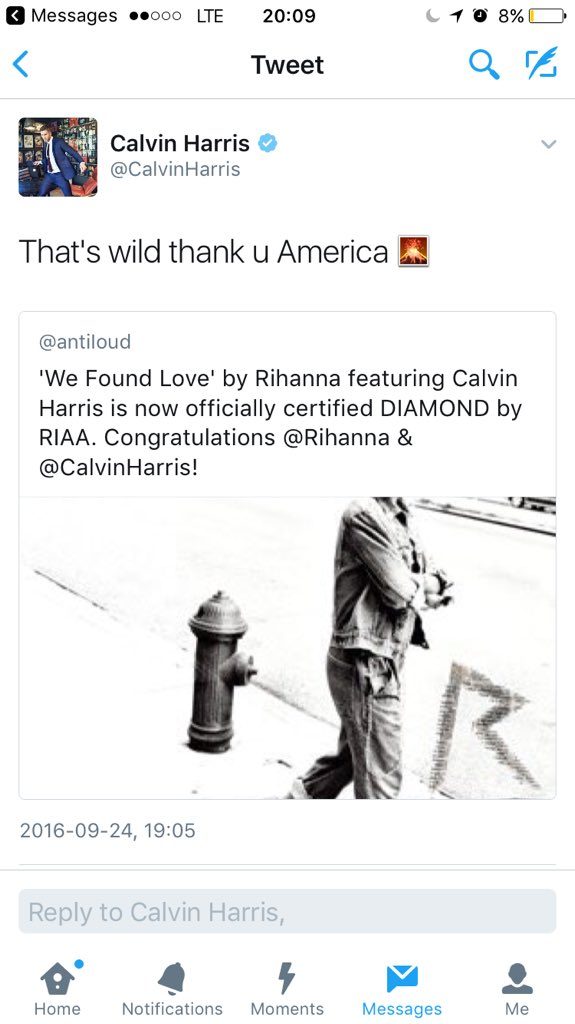 More Details on Snapchat’s Spectacle Glasses Have Been Revealed