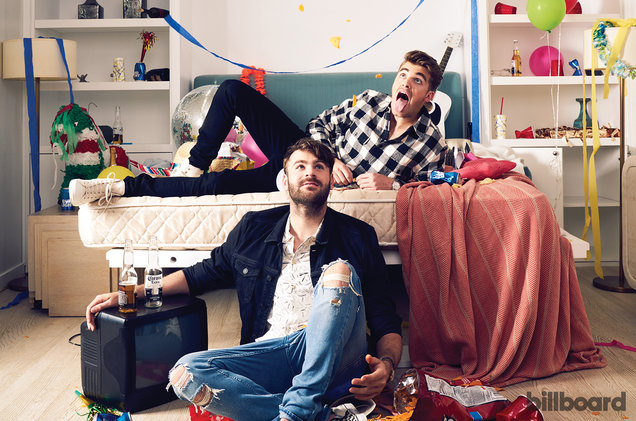 The Chainsmokers Discuss Some Of The Inspiration Behind “Closer”

The Chainsmokers recently hosted BPM’s EDM 15 on SiriusXM from New York – and among counting down their top 15 tracks right now, they also had time to talk about their current and upcoming work, as well as some of the inspirations behind their #1 hit, “Closer.”

We all know the line that goes “Stay and play that Blink-182 song / That we beat to death in Tucson,” right? So what song is it… and why even mention Blink-182 in their own song?

“[Shaun Frank] came in and we had been listening to all this Blink-182 and Dashboard Confessional and all these guys that just kind of tell it how it is,” Taggart said. “I liked how he kind of had a very vivid sex scene but didn’t really talk about the sex … and I was like I want to do a song kind of very visual like that’s an unsexy sex scene, and I want to talk to someone that I’m instead of in love with, I’m indifferent to. The song’s a culmination of pretty much all my ex-girlfriends and all my old friends.”

As for which song, well, it’s kind of up in the air right now.

For da record: The @blink182 song we beat to death in Tucson is 'Feeling This'