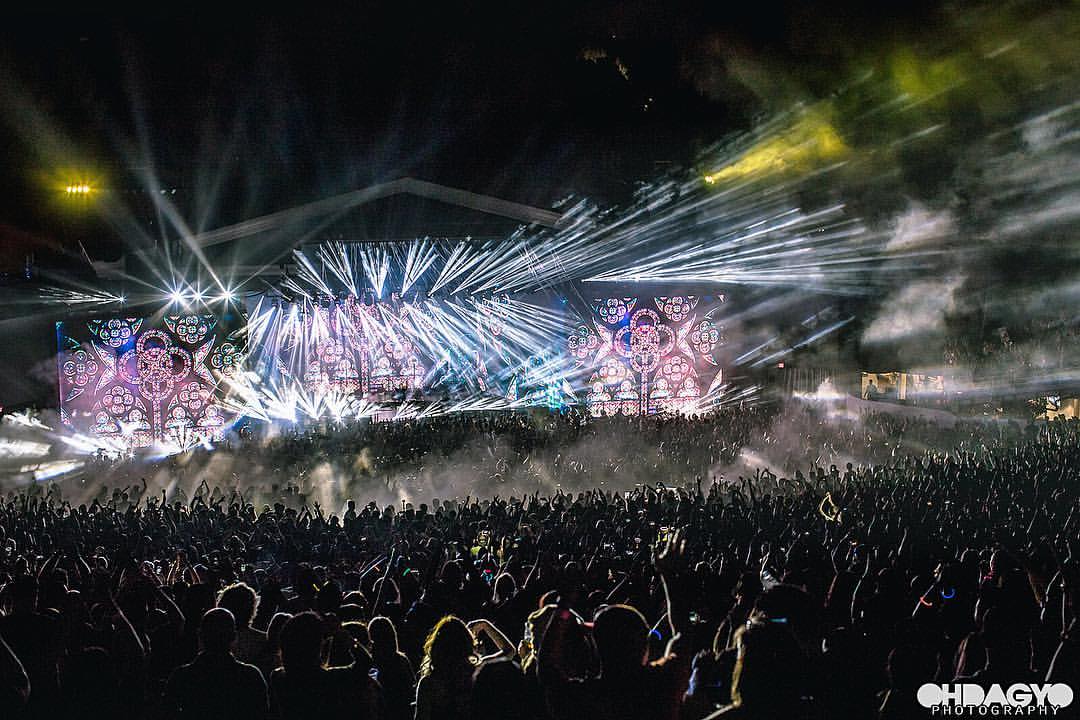 Swedish powerhouse Alesso performed at Los Angeles’s heralded Greek Theatre on Saturday evening alongside his brand new stage setup. Covering 100 meters of floor to ceiling LED screens, the immense arrangement boasts countless piercing lasers and light, and is angled inwardly around the decks for an effect unlike anything we’ve seen prior.

According to Alesso’s manager Amy Thomson, the stage took a whopping four months to construct. It began as a simple drawing on paper, and culminated in a visual experience equally as impactful and epic as the music being playing alongside.

Read Thomson’s full description below, and scroll further to check out some amazing footage of the stage in action.

“It takes a long time to build a show. First you draw it in a crappy piece of paper. Then you add lasers and lights. Then you work with the best people you know to make the drawing come to life. Then you sit in dark rooms and practice. Then you build it 100 meters wide and bring the movies to Los Angeles. Tonight Alesso plays The Greek in la. Sold out in 9 minutes. Took 4 months to build. And it was worth every minute ….”

#alesso threw down at the #greektheatre in #losangeles Incredible production, Alesso was on point, as was @salvatoreganacci #la #edmlifestyle #socal

Image via Oh Dag Yo