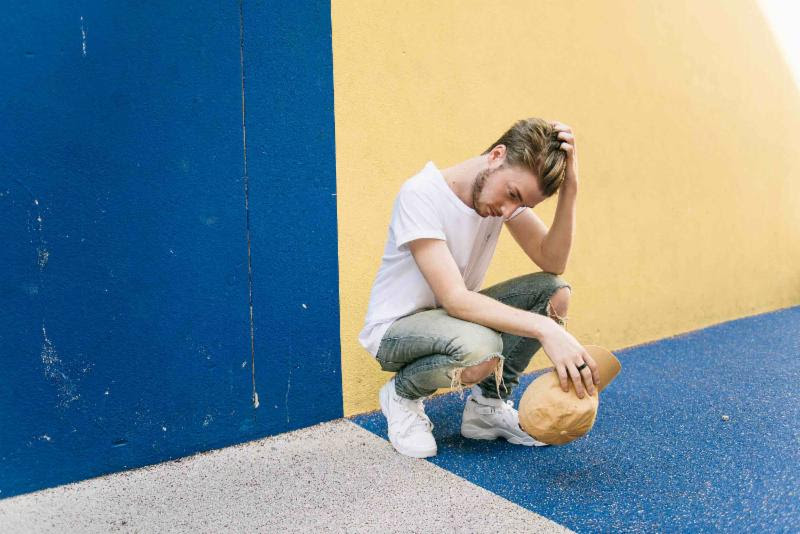 “Everything” You Need To Know About Lido’s Emotional Debut Album

It’s hard to say how long I’ve been waiting for this album to release, but Lido has probably been waiting longer. His debut album Everything came out last night and if you haven’t listened to it yet, it’s probably better that you wait until you’re alone in a dark room before listening to it impulsively. The thing that you have to know about this album before you get into it is that it is deeply personal and extremely emotional. In attending Lido’s listening party in Los Angeles last night, he described the meaning behind each and every song on the album. Every song, every sound, every voice has a distinct and singular purpose, and Lido has agonized over every single one of them. For instance, “You Lost Your Keys” is the result of the final five minutes of an eight-hour studio session after he’s absolutely given up on trying to find the right key for the song.

In his explanation of the album, Lido mentioned that every voice on the album represents a different “character.” His own voice represents his emotions, whether frustrated, tortured or sad. Jaden Smith, who is featured prominently on the album (whether you notice or not), represents Lido’s reality – he shines brightest on “Only One.” On the track “So Cold,” Vic Mensa represents Lido’s loneliness, and so on.

Everything is about a breakup, and it follows the usual progression following a breakup that you didn’t want. It’s notable that this album begins with “Catharsis,” and then follows with the actual breakup in “Murder.” If you’re wondering why “Citi Bike” is so powerful, it’s because it represents when he’s drunk and angry.

It’s not likely that he’ll ever release a full explanation of the album himself, but that’s his modus operandi anyway. You shouldn’t be forced into his perspective, and that’s why many of the elements in the album are left intentionally vague. As Billboard writes in their interview with Lido last month, the album is less about a specific breakup and more about the “physical journey one embarks upon in a relationship’s aftermath, that inner-battle between man and self to redefine life on its own.”

In the realm of electronic music, Lido’s Everything is in a class of its own. It might not be a stretch to say it is the most raw and emotional album ever produced in EDM. After all, it’s not usual for there to be a five-minute piano solo on an EDM album as there is on “You Lost Your Keys.”

The idea behind Everything will probably be lost on the majority of typical EDM fans. That’s okay, one day when you’re crawling through your library after a particularly hard night, you’ll find this album and start to play it, and you’ll get it. Until then, enjoy your happiness.

If there’s anyone who knows it doesn’t last, it’s Lido.