As festival season winds down and DJs are beginning to catch their yearly breather before their winter touring, many have set their sights on ventures outside of the music realm. Steve Aoki has purchased a competitive Overwatch team, Tiësto is creating limited edition beer cans with Budweiser and also worked with Martin Garrix on a 7UP campaign, and Kygo is releasing his own line of clothing. Now, it appears Oliver Heldens will be joining in on the fun by becoming the first DJ to unveil his very own soft drink, Deep Sparkling Water.

The beverage will be released on October 15th during a special live meet & greet session at the No. 1 voted supermarket in the Netherlands, Albert Heijn Vleuterweide. In commemoration of Heldens’ healthy lifestyle and commitment to inspiring wellness within others, a portion of the drink’s proceeds will be donated to organizations that combat ocean pollution. 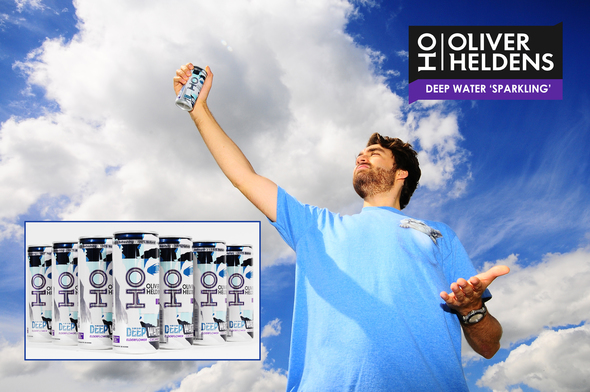 The fizzy Deep Sparkling Water will contain elderflower, cucumber and mint flavors, which Heldens picked out himself.

Fans will be able to purchase their own cans here at the end of October.