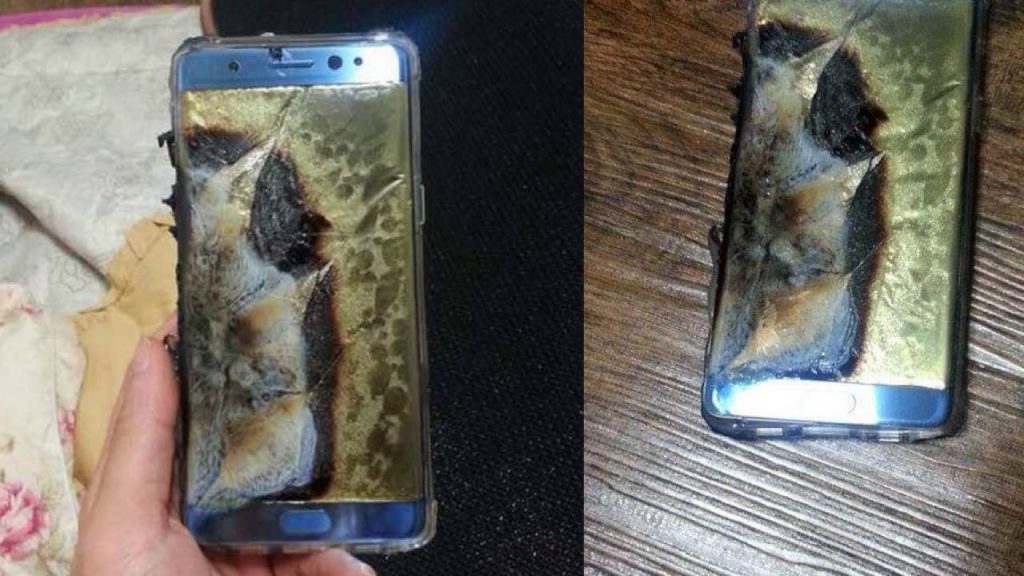 Samsung Galaxy Note 7 owners beware. Another replacement Note 7 has just caught on fire, which brings the total number to five (!!) that have been reported to have caught fire in just the past week.

The unlucky Note 7 owner who had to suffer this time around was Daniel Franks of Houston, Texas, who was having lunch with his family when the phone spontaneously combusted while sitting atop the table, according to The Verge. He also added that it had been replaced at a Best Buy store in late September.

According to The Verge another owner whose replacement phone ignited was mistakenly texted the following by Samsung, in what is now being described as an attempt to cover up the phone mishaps.

“Just now got this. I can try and slow him down if we think it will matter, or we just let him do what he keeps threatening to do and see if he does it”

According to a Samsung spokesperson, the company is continuing to investigate the cause of the issue while “working diligently with authorities and third party experts.” They also added that they will indeed share findings once their investigation has been completed, but at this point in time, the company still has yet to determine whether or not a “product safety issue exists.”