The past two nights in Nashville have been nothing short of incredible, and also very… pretty.

In case you didn’t have the chance to make it out, Pretty Lights brought his highly anticipated ‘Episodic Tour’ to the Music City, a two-night performance accompanied by some of the world’s greatest talent, including Atmosphere, Emancipator, LTJ Bukem, along with some new faces like Big Wild and G Jones, and Brasstracks. What’s especially unique about this tour, however, is that Pretty Lights brought his very own live band, adding a whole new element to his already mesmerizing performances we’ve fallen in love with. 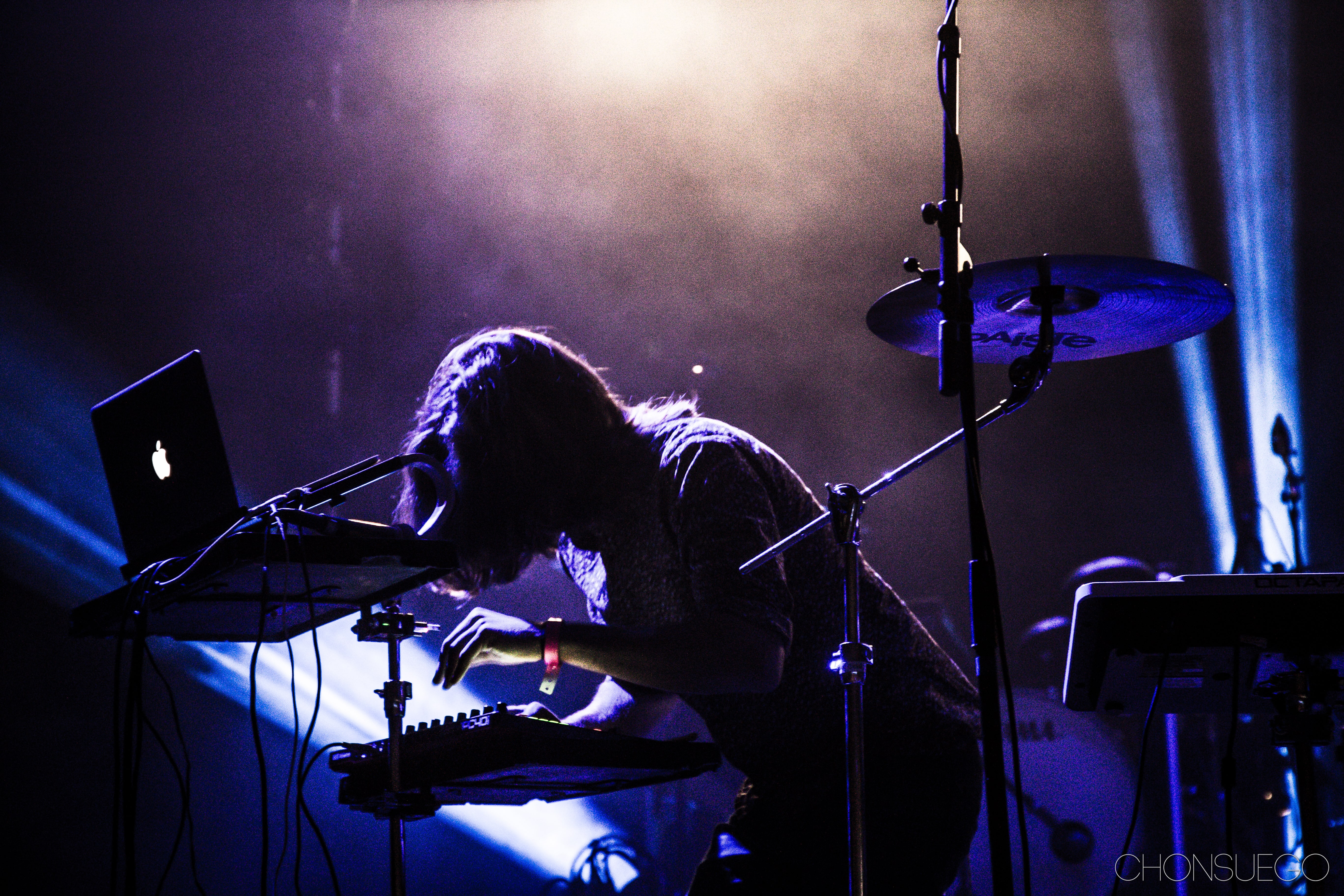 His band was exceptional, featuring legends like Brandon Butler and Borahm Lee performing on the synths and keys, DJ Chris Karns adding even more to the mix with his unparalleled scratching technique, and New Orleans’ very own Alvin Ford Jr. providing the fattest beats on the drums. Brought together by Derek Vincent Smith, I’m not alone when I say that the live performance was simply astounding.

Friday, October 7th kicked off with a bang, thanks to a massive set from Big Wild, followed by a mesmerizing Drum n Bass mix by one of UK’s best, LTJ Bukem. It blew me away seeing a city that’s so dominated by Christian and Country music, a city that you’d never really expect to have a scene for electronic music, go absolutely CRAZY to drum & bass. The energy was amazing. Emancipator stepped on next with a beautifully layered set including live violin, and a remix of MGMT’s smash, “Kids”, that nearly blew the roof off. 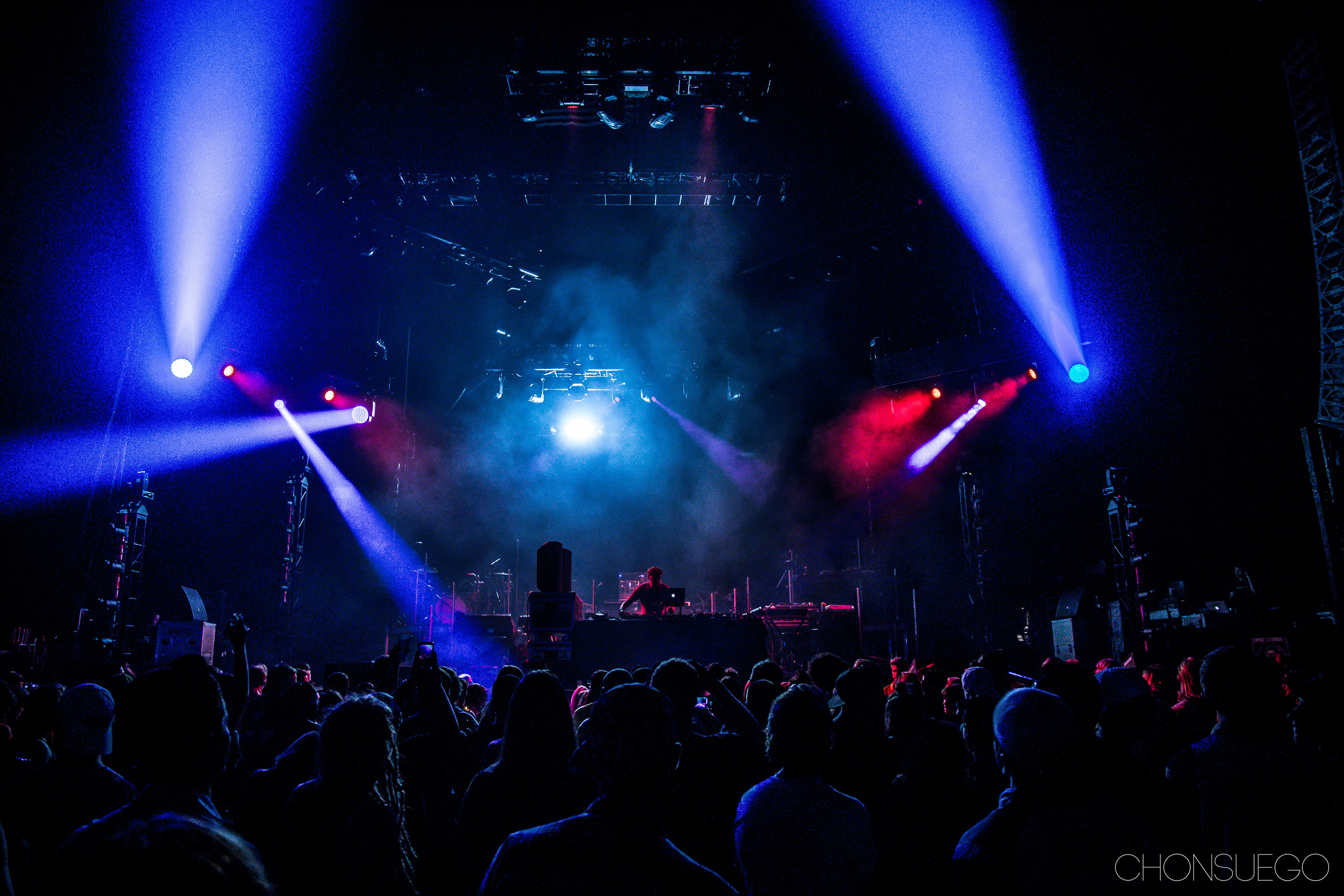 Then came Pretty Lights. The place erupted as soon as he stepped foot on stage, holding a white light. The roar of the crowd was nearly deafening as “I Know The Truth” rumbled through the speakers. Lasers swarmed the entire room as bass thundered. It was visually and sonically unbelievable. Not only did he engage with the crowd at every moment he got, but he also made the whole room feel like a family. Thanks to live go-pro footage on stage, we felt as if we very virtually on stage with him and the band! 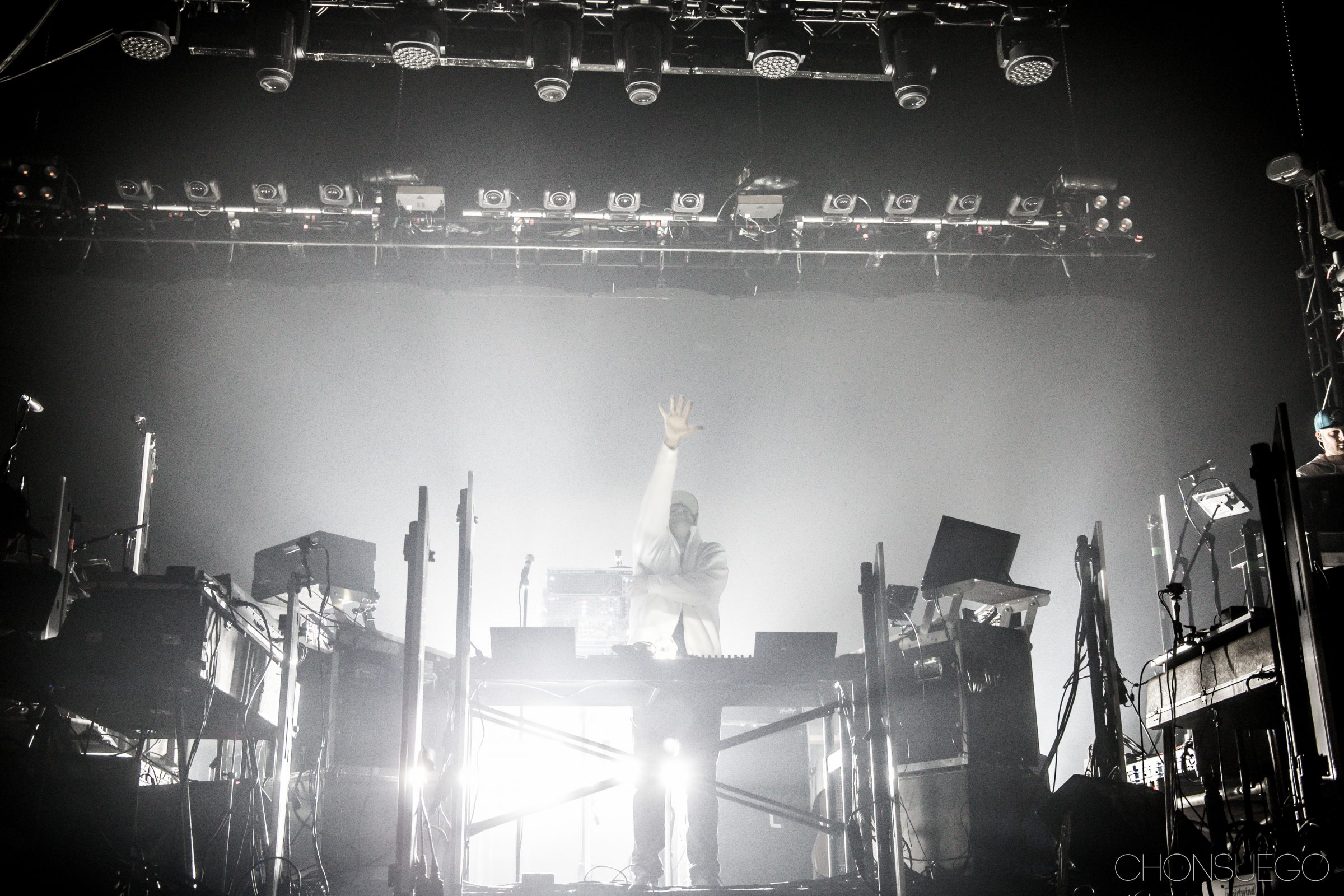 Saturday, October 8th continued in perfect fashion, thanks to amazing performances by Brasstracks, G Jones, and of course, the hip-hop legend himself, Atmosphere. As each artist performed, the energy began to swell greater and greater. 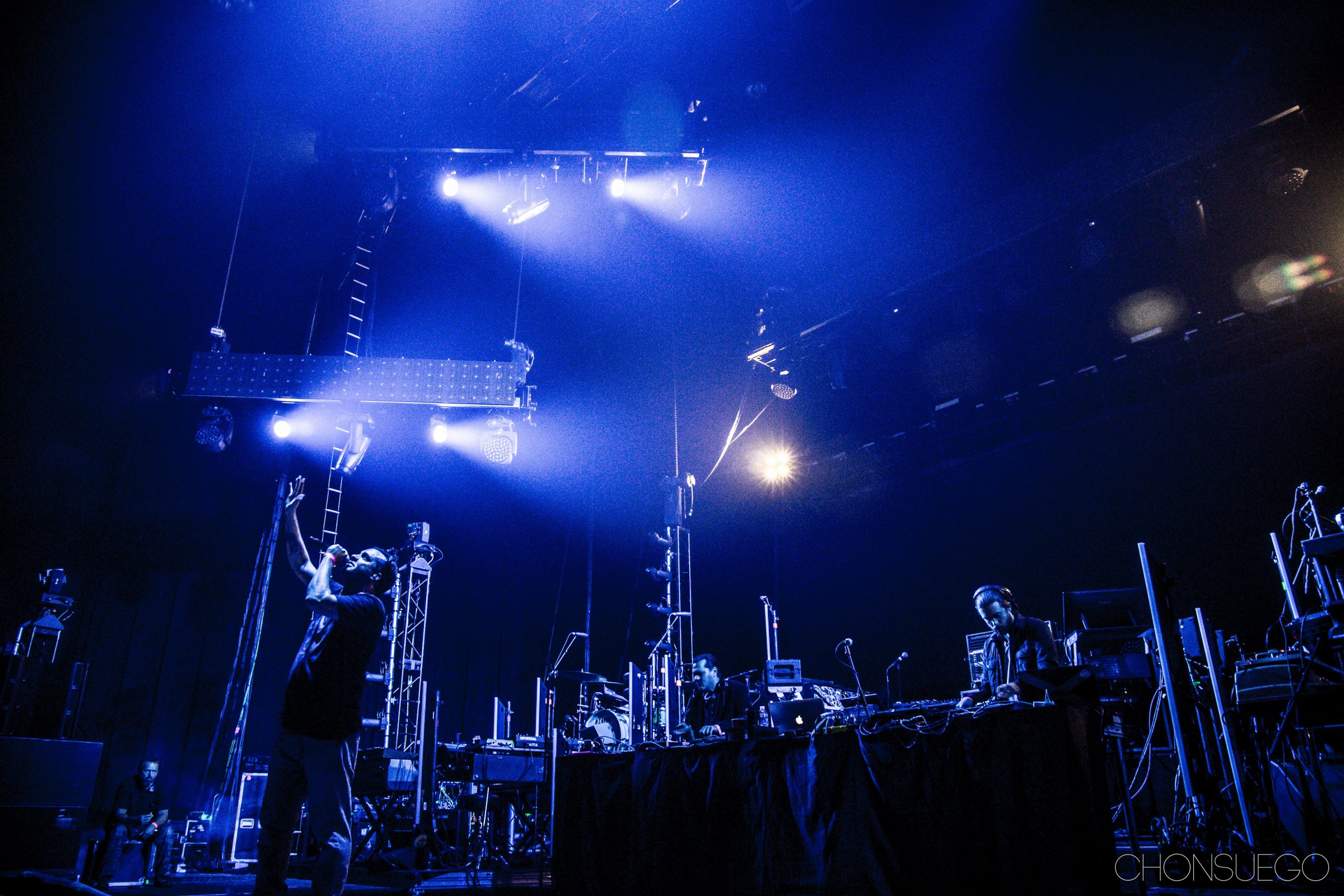 You could feel the expectancy in the air. People were ready to have their lives shifted… which is exactly what happened. The room darkened as the new video, titled Prelude 05: Look Backwards From The Future, began rolling on screen. Pretty Lights and his crew took stage, and immediately fired up “More Important Than Michael Jordan.” I don’t think I’ve ever seen as good of an opening performance in my life as I did for this tune. It continued to build and build, as Chris Karns rocked the decks, layering in these scratching sequences that blew us away. Alvin’s drumming was on point, packed with excellent fills and perfect pocket that kept the whole crowd moving non-stop. 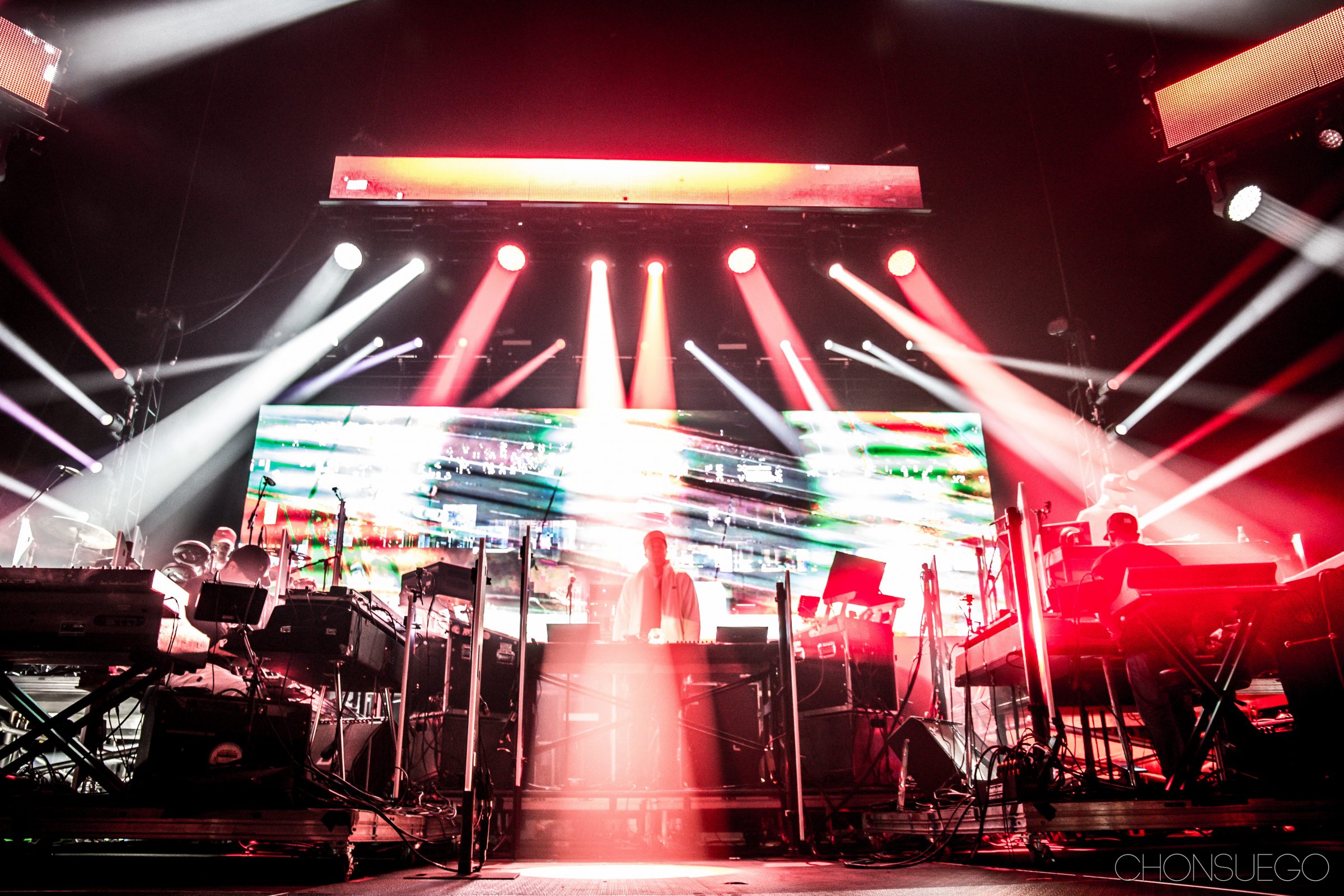 One of my favorite songs of the night was his remix to “Exodus,” featuring the chopped vocals of Bob Marley. Every time I heard Bob’s voice over the track I got goosebumps. It was entirely ethereal. As each song merged into the next, the visuals intensified (in a beautiful way) and the room was simply electrifying. Whether you knew the song or not, the musicality of each artist on stage was enough to make each person to dance to their rhythm endlessly. 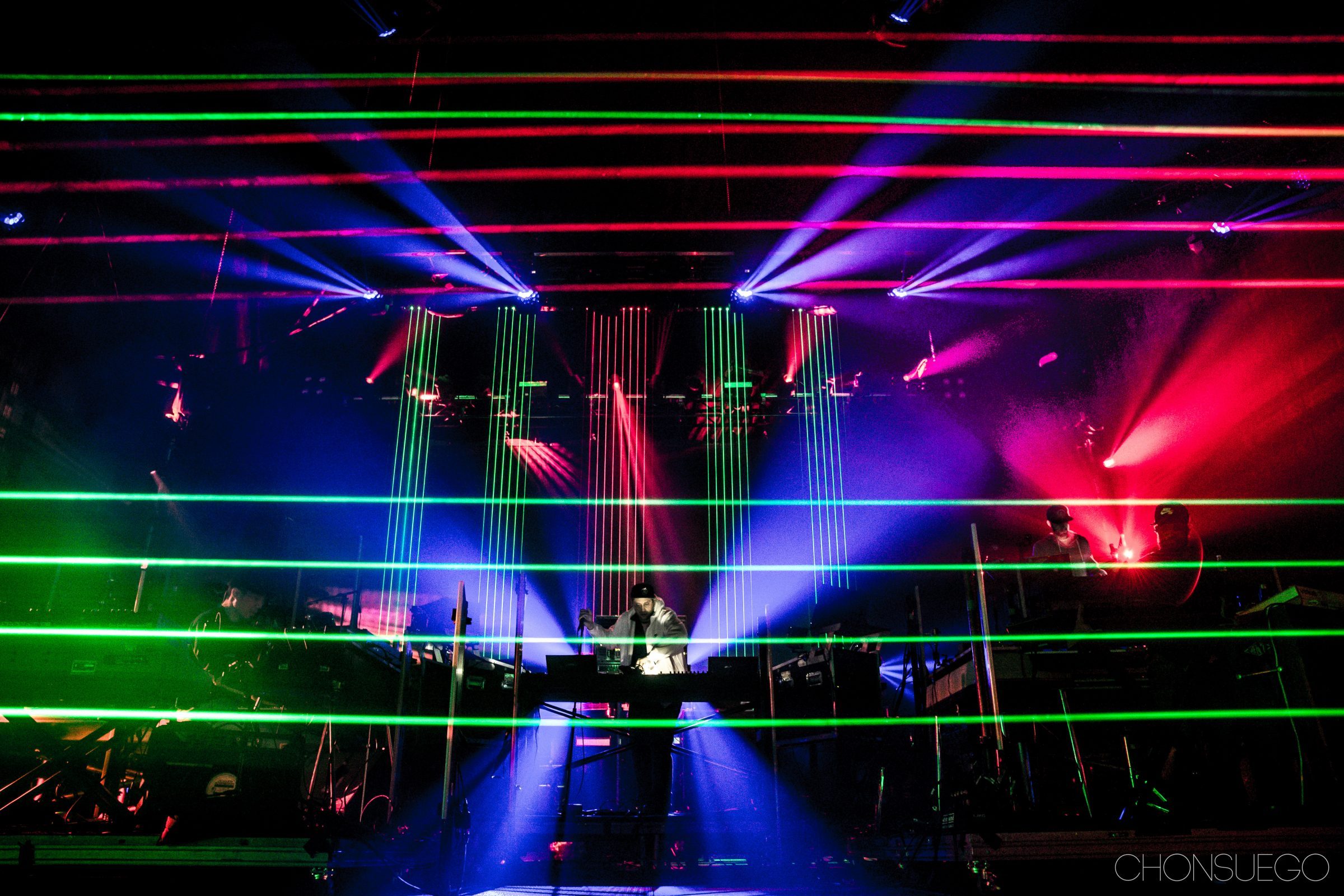 It’s difficult to sum up this entire show into words because the dedication, the talent, and the music displayed by Pretty Lights and his company was unlike anything I’ve ever witnessed. It’s easy to see that Derrick Vincent Smith eats, sleeps, and breathes music. The Episodic Tour from Pretty Lights is not a show you’ll want to miss, and is something I can honestly say is a once in a lifetime experience.

All of this to say thank you, Derek, for bringing me on a journey I’ll never forget. 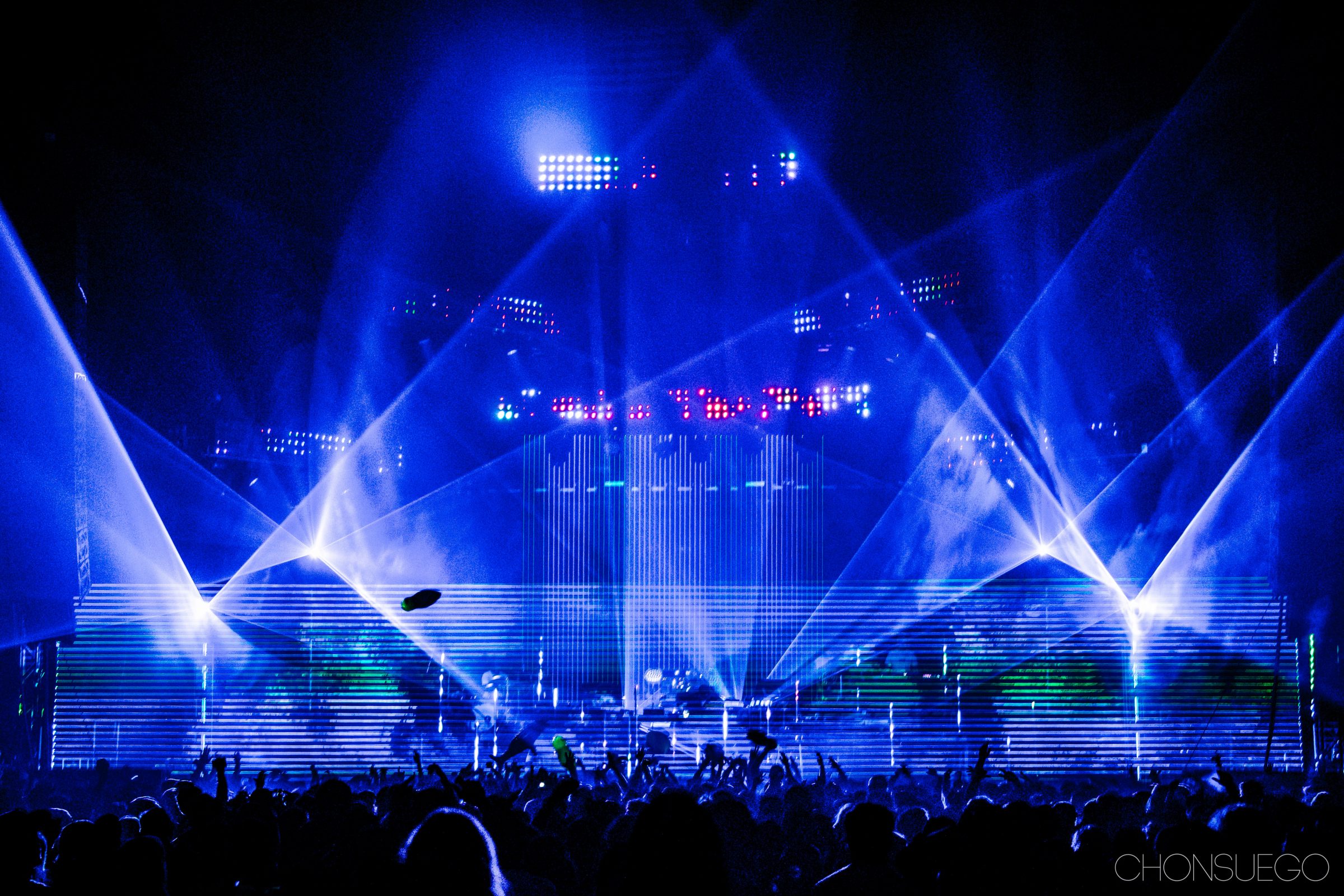