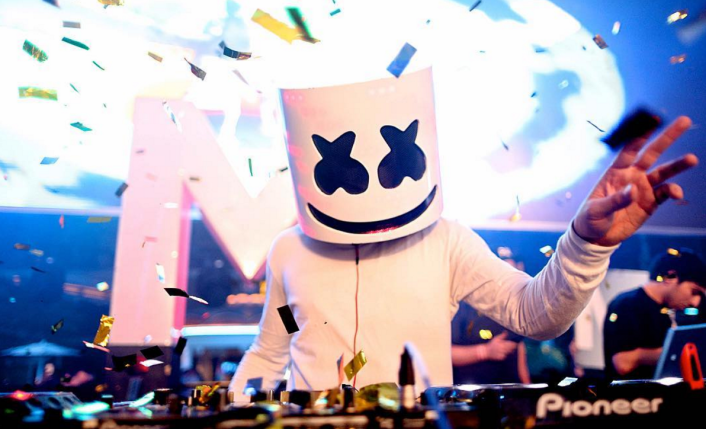 Watch Marshmello Drop Some Bollywood Classics While Playing In India

Marshmello has one of the most devout followings in today’s dance scene, and he’s certainly earned it with relentless touring and always paying the utmost attention to the Mello Gang.

Now, Marshmello has just capped his debut India tour with Sunburn after touring through New Delhi, Bangalore, Hyderabad, and Mumbai. As expected, the jet-puffed DJ was met with roaring excitement at each stop, and in typical Mello fashion, he returned the favor by playing some beloved tracks from some of India’s Bollywood classics.

If you’ve never had the pleasure of watching a Bollywood film, you’re seriously missing out. Apart from their iconic cinematography, the movies boast some distinct musical stylings that blend traditional themes with modern production.

Check out the footage below to see Marshmello playing “Chaiyya Chaiyya,” and “Kaala Chashma,” but the real treat is hearing the crowd’s response when they recognize the tunes.

It’s no secret that every artist loves the chance to play in India, and in 2014, deadmau5 offered a similar homage to the country’s rich tradition with “Tunak Tunak,” even bringing out Daler Mehndi to sing the track live.