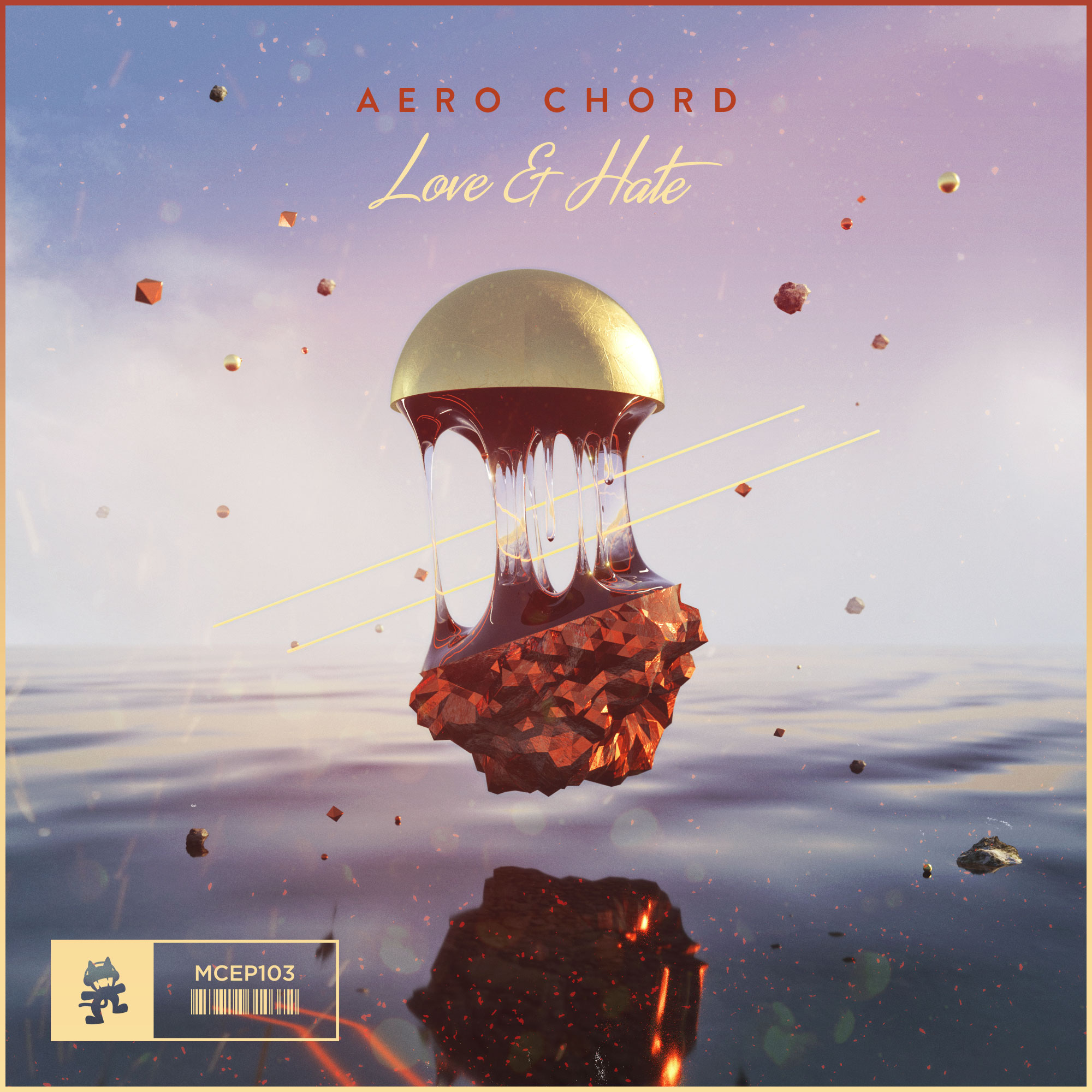 There a lot of polarizing artists within the electronic music genre, but Aero Chord is not one of them. In fact, I have never once heard a single bad thing about his music. From his humble beginnings on Bonerizing Records to his smash Monstercat debut “Surface,” Aero Chord has consistently pushed out quality material spanning across dubstep, moombahton, electro house, and most importantly, trap.

It’s been two and a half years since “Surface” came out (and even longer since Aero Chord’s last EP – New Breed, Pt. 1 – released), so when Love & Hate was officially announced, I was absolutely stoked. Truthfully, Aero Chord’s flavor of trap was some of the first I actually enjoyed in the genre, and he only got better and better with time. This EP is no exception to that rule; Love & Hate is arguably some of his best work to date.

If Aero Chord is making one thing clear with Love & Hate, it’s that he means business. As future bass is beginning to become less and less distinguishable from trap and general hip-hop (e.g. Flume‘s Skin), the market for such music is becoming much more competitive. However, with Love & Hate, Aero Chord hits all the right places.

The instrumentals alone on this EP are comparable to the work of big-league hip-hop producers. One of the best examples following this outline is “Wanchu Back,” the EP’s second single. Its cinematic breaks, hard hitting kicks and pulsating bass lines are enough to make any hip-hop festival crowd go nuts, but with just the right EDM flavor for easy crossover appeal. The EP’s only vocal hip-hop track “Gone” further showcases Aero Chord’s abilities within the genre, spiced up with an appearance by Canadian MC Tylor Maurer.

Thankfully, Aero Chord doesn’t completely step away from the sound he’s most known for. “The 90s” even features some throwback samples to his older works (most evidently “Boundless“), while still expanding into the stylistic settings of future bass.

Fans of more minimal sectors of trap will find more enjoyment in tracks like “Kid’s Play” and “Until the End,” two of the most experimental works on the project. While “Kid’s Play” is more or less electro-influenced, “Until the End” sounds like some kind of minimal hardstyle/trap hybrid. This track’s sound can be partially credited to Aero Chord’s label-mate Fractal, as well as vocalist Q’AILA, who gives the song a lot more of a rock edge.

Whether you’re approaching this EP as a long-time fan or a total newcomer, Love & Hate should impress. Definitely don’t miss out on this one!